Jets inform veteran CB Revis he will be released

The New York Jets plan to release cornerback Darrelle Revis, the team announced Tuesday."Darrelle Revis is one of the greatest players to ever wear a Jets uniform," owner Woody Johnson said in a statement. "His combination of talent, preparation and instincts... 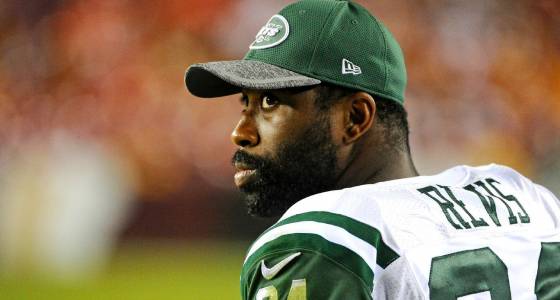 "Darrelle Revis is one of the greatest players to ever wear a Jets uniform," owner Woody Johnson said in a statement. "His combination of talent, preparation and instincts is rare and helped him become one of the most dominant players of his generation. I appreciate Darrelle's contributions to this organization and, wherever his career takes him, his home will always be here with the Jets."

Drafted by the franchise in the first round of the 2007 draft, the shutdown corner spent eight of his 10 season with the Jets.

"Darrelle is the consummate professional and one of the greatest to ever play the cornerback position," Jets coach Todd Bowles said in a statement.

Revis, 31, will become a free agent when the league's new year begins on March 9. He turned to Twitter to thank the Jets organization.

In his prime he earned the nickname Revis Island, in reference to the isolation wideouts felt when being covered by him as quarterbacks wouldn't look that direction.

Revis, who is coming off what he called the worst season of his career, was due a $2 million roster bonus on March 11, plus another $13 million in base salary (including $6 million guaranteed).

Additonally, Revis is facing four first-degree felony charges, including aggravated assault, stemming from an incident in Pittsburgh earlier this month.