Five WRs with most to prove at 2017 NFL Scouting Combine

Editor's note: NFL.com analyst Chad Reuter will take a position-by-position look at prospects with the most to prove at this year's NFL Scouting Combine (March 3-6 on NFL Network) leading up to the event, continuing today with offensive linemen.NOTE: Click... 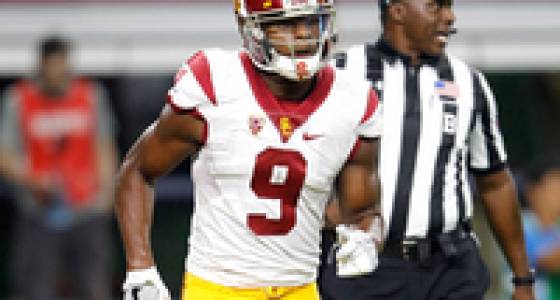 Editor's note: NFL.com analyst Chad Reuter will take a position-by-position look at prospects with the most to prove at this year's NFL Scouting Combine (March 3-6 on NFL Network) leading up to the event, continuing today with offensive linemen.

The battle for the top spot on draft boards at WR is a two-man race between Clemson's Mike Williams and Western Michigan's Corey Davis. Williams is a physical receiver who wins with strength, but also flashes the agility to make defenders pay for taking a poor angle of attack. And while Davis is a taller, leaner receiver, his stiff-arm is as deadly as his ability to change directions upon securing the catch. Davis isn't expected to do a full workout at the combine as he recovers from ankle surgery. If he does work out for teams before the draft, it might determine which receiver comes off the board first in April.

Here are five other pass-catchers that need to bring their best effort to Indianapolis. Their performances will likely make a big difference in determining their draft slotting.

Westbrook's senior season was nearly everything he could have hoped for: he racked up 1,524 yards receiving, 17 touchdowns, All-American honors, and won the Biletnikoff Award as the nation's top receiver. NFL teams will be looking closely at how he measures up physically against top other receivers at the combine. Listed at 6-foot, 175 pounds, Westbrook is more slight than most teams prefer in a first-round prospect (though plenty of college cornerbacks will tell you he's not contact-shy). More importantly, teams want to discuss his two reported domestic violence arrests that pre-date his arrival at OU.

When Smith-Schuster is at his best, he's difficult for defensive backs to handle. Unfortunately, due mainly to injuries, he wasn't at his best often enough during his junior season to ensure a top-50 selection. Scouts have concerns about his quickness and ability to separate downfield, though his upper-body strength should allow him to gain that edge more often than people believe. Smith-Schuster needs to look healthy, quick-footed, and straight-line fast to have teams remember his best efforts instead of focusing on games in which he disappeared.

Samuel's one of the more intriguing prospects in the draft because he has potential as a running back and receiver at the next level. Seeing him perform in drills at the combine (as well as Ohio State's March 23 pro day) will help teams determine how he would best fit in their offensive scheme. Excellent results in his speed and agility tests could make it difficult for teams drafting late in the first round to ignore his talents.

Brown is another Buckeye in need of a good week in Indy. The redshirt sophomore did not have a 100-yard receiving game in college, though he displayed good footwork and his big-bodied talents during his four-touchdown effort against Oklahoma early in the year that whet the appetite of NFL teams. Ohio State's passing game generally lacked in productivity, ranking 81st in the FBS in 2016, which might lead at least one team to consider Brown a second-round value. But before that happens, he needs to at least hold serve by showing off his athleticism on the Lucas Oil Stadium turf and proving that he can grasp coverage concepts during team interviews.

While Ohio State's passing game was lacking, LSU's was down-right abysmal, ranking 101st in the FBS in passing yards per game. Inconsistency at the quarterback position made it difficult for Dupre to stand out among his peers on a statistical level. However, he possesses the height and hands to be a difference-maker at the position if given the opportunity. Running well while also impressing scouts during the gauntlet and other drills will display his potential as an NFL starter, earning him a top-75 draft slot.