Emmaus boys basketball gets past Freedom in D-11 6A quarters 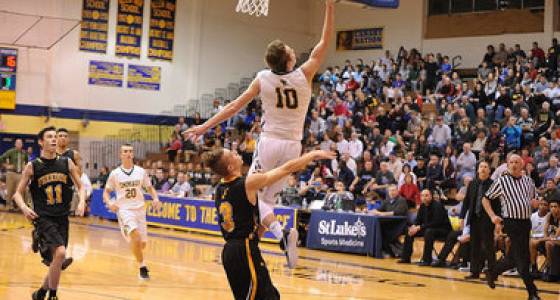 Turning point: Jason Hall nailed a three to give the Patriots a 35-32 lead with 3:18 left in the third quarter and cap a 19-3 run that began near the end of the second quarter.

But the Green Hornets immediately came back with a spurt of their own. On the very next possession, Matt Kachelries drained a three that set off a 13-2 run to put Emmaus ahead for good.

Top performer: David Kachelries led the Green Hornets with 28 points, including a milestone bucket in the second quarter that made him the program’s all-time leading scorer, breaking the previous record of 1,746 points.

What it means: The Green Hornets advanced to Wednesday’s 6 p.m. semifinal at the PPL Center, where they’ll face No. 3 Pocono Mountain West, which got past Liberty earlier on Saturday. They also punched their ticked to the PIAA tournament.

The Patriots finished the year 12-11, marking the end of the career of a strong senior core: King, Hargett, Hall, Tyler Muniz, Deshawn Polk and Justin Benton.