This story is also posted in Spanish. Read it here.SINCE ROBERTO CLEMENTE emerged as the first Latino superstar in the 1960s, Latino players have been bringing their bat flips, broad smiles and exciting play to a pastime that feels ever more international.... 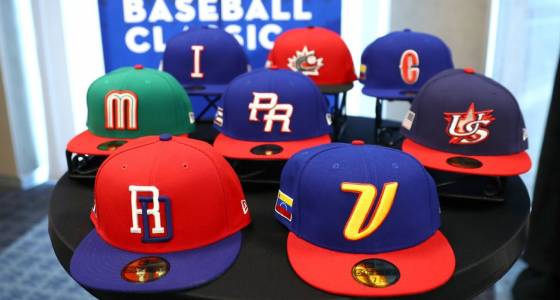 This story is also posted in Spanish. Read it here.

SINCE ROBERTO CLEMENTE emerged as the first Latino superstar in the 1960s, Latino players have been bringing their bat flips, broad smiles and exciting play to a pastime that feels ever more international. Last season 207 Latino players appeared on Opening Day rosters, comprising a full 24 percent of the league. And while these players come from different countries, backgrounds and lifestyles, the one thing that unites them is their boundless love for the game -- one they display every time they step onto a ballfield. In that spirit, ESPN is launching Béisbol Life, a season-long project featuring stories in The Magazine, on ESPN.com, ESPN Deportes, Baseball Tonight, SportsCenter and almost every one of our other platforms, in English and Spanish.

Béisbol Life is ESPN's season-long look at how the game and Latino culture intersect.

There is no denying the emerging fountain of young talent that will be featured in our project this year -- players like Mexico's Julio Urias, who describes watching Netflix to learn English, or Puerto Rican Carlos Correa, who sought out Venezuelan veteran Jose Altuve as a mentor after being called up to the majors. Perhaps no one epitomizes this Latin youth movement better than childhood friends Javier Baez and Francisco Lindor, who played against each other in the World Series last year. "We hope the young people in Puerto Rico understand that Javy and I grew up with very few things, but we had the support of our parents and the desire and hunger to excel," Lindor told us last year. "We want to inspire all kids, not only from Puerto Rico but from all of Latin America."

Béisbol Life also will dive into the social and political realities surrounding Latin players, from Cuban defections -- shortstop Adeiny Hechavarria describes his struggle focusing on Double-A baseball as his father was caught 13 times attempting to defect -- to language barriers, a problem that led to Carlos Beltran's crusade for each club to have Spanish translators. And almost every Latino ballplayer has experienced the unavoidable difficulties of assimilation, particularly when so many family members are left behind. "It's tough for me to spend a whole year without being able to look at my loved ones," Venezuelan pitcher Jose Alvarez tells us. "Last year I had the chance to bring my parents to the States so they could see me play. They were so happy."

This month's World Baseball Classic is a perfect time to kick off Béisbol Life -- many Latino players declare there is no greater honor than playing for their respective flags. This week, Béisbol Life will feature a conversation between longtime friends Robinson Cano and Nelson Cruz, who discuss what a second straight WBC win would mean to fans in the Dominican Republic. "When a child is born in the Dominican Republic, the first thing his dad wants is for him to be a baseball player," Cruz tells us.

That drive is why even American-born players like Dellin Betances and Manny Machado decided to play for their home countries, representing the DR with Cano and Cruz. "My blood is Dominican, and I want to represent my country," Machado told ESPN last year. "It is my country, my family, where it all started. I am Dominican."

Whether it's the WBC; Opening Day, filled with so much promise; the All-Star Game, which this season will be played in Miami, a city practically bubbling over with Latin flavor; the Little League World Series, which annually grips big leaguers in every clubhouse; the culmination of hectic playoff races in September; or the unscripted drama that only October can reveal, baseball is back -- and béisbol is life.