About the Episode </p> Is the universe our only home? We travel the cosmos together with TED science curator David Biello to find extraterrestrial life.

Is the universe our only home? We travel the cosmos together with TED science curator David Biello to find extraterrestrial life. Find out how it might look and how you can tell if we have.

David Biello is a Science Curator at TED.

Biello worked previously as a reporter at Scientific American covering energy and environmental issues. Biello has also written "The Unnatural World," a book about how humans have changed the climate of the earth and what can be done in order to make it a better place for humans and all living things. He hosted and wrote science documentary series such as "Beyond the Light Switch", and "The Ethanol Effect."

Biello received his bachelor's degree from Wesleyan University, and his master's degree in journalism from Columbia University.

John C. Mather, Nobel Laureate, was the leader of the NASA team that built the James Webb telescope. He describes how the telescope will be able to observe galaxies form in the early universe, and reveal new information about moons within our solar system that may harbor life.

Elizabeth "Zibi” Turtle: What Saturn’s most mysterious moon can teach us about life's origins

Elizabeth "Zibi", Turtle, a planetary scientist, shares her thoughts on how studying Saturn's moon Titan (which is believed to be very similar to the early Earth) could help us understand the habitability and origin of life.

Clara Sousa Silva: The fingerprints that define life beyond Earth

Clara Sousa Silva, Quantum Astrochemist, demonstrates a new method to find habitable planets. She also shares her research on a poisonous compound that could signal the existence of life beyond Earth.

Karen J. Meech: A story about 'Oumuamua', the first visitor to another star system

NASA discovered the first visitor from another star systems in 2017. It was a half-mile long interstellar object. The object was called Oumuamua from Hawaiian for "messenger". Karen J. Meech, an astronomer, tells the story about how her team discovered its origins.

Stephen Webb: What about all the aliens?

The universe is vast, old and home to billions of planets. So where are all the aliens in this universe? Stephen Webb, an astronomer, has a solution: There aren't many.

BetA 1/4l KaASSar : We could jump-start life on another world. Do we?

Astrobiologist BetA 1/4l KaASSar uses statistics and mathematical models for simulations of ancient environments to study the origins and evolution of life. We are asked to consider the following question: Would we be able to kick-start all life in the universe?

Matthew Cloutier, James Delahoussaye produced this episode of TED Radio Hour. This episode was edited by Katie Simon, Manoush Zomorodi. Follow us on Twitter @TEDRadioHour or email us at TEDRadio@npr.org 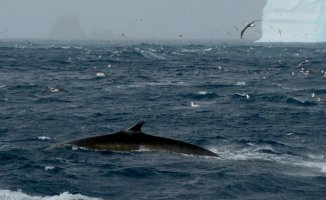