As pressure mounts on Republicans to act on healthcare, the White House vacillated Sunday on whether anyone now covered under the Affordable Care Act would lose their insurance.Rep. Jim Jordan, R-Ohio, said when Republicans pledged to repeal and replace so-called... 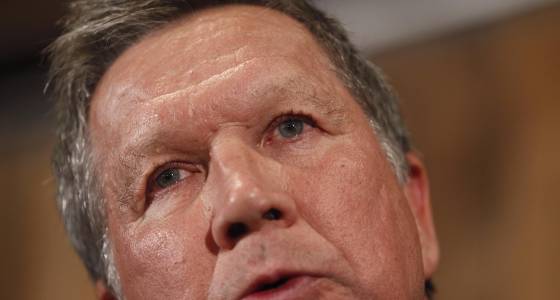 As pressure mounts on Republicans to act on healthcare, the White House vacillated Sunday on whether anyone now covered under the Affordable Care Act would lose their insurance.

Rep. Jim Jordan, R-Ohio, said when Republicans pledged to repeal and replace so-called Obamacare, lawmakers did not say they would carve out exceptions for such aspects as Medicaid expansion.

The comments came as Republican governors meeting in Washington were split on what a replacement plan should look like.

Lawmakers across the country have been confronted by angry constituents, fearful of what repeal of the ACA will mean for them.

White House spokeswoman Sarah Huckabee Sanders told ABC’s “This Week” the administration goal is to “make sure that people don’t lose their coverage,” but at the same time, “we have to make a massive overhaul to the healthcare system in America.”

Asked whether President Donald Trump would refuse to sign a plan that would result in lost coverage, Huckabee responded: “Look, I'm not going to speak specifically for the president on that topic, but what I can say is he's made it a high priority and a No. 1 focus that we make sure that people that have insurance continue their insurance, particularly those in the highest need.”

Jordan, however, indicated there are no guarantees.

GOP Gov. John Kasich of Ohio said, however, completely getting rid of the ACA is unacceptable “when you have 20 million people, or 700,000 people in my state, because where do the mentally ill go, where do the drug addicts go?”

On CBS’s “Face the Nation,” Kasich said the problem is going to be compounded by the level of partisanship in Washington, warning there’s “going to be a problem in the House of getting anything out of there that still provides coverage to people. That’s why the Republicans have to reach out to some of the Democrats. I don’t know whether this is going to happen.”

Earlier this week, former House Speaker John Boehner, R-Ohio, said he never should have called for repealing and replacing the ACA and predicted most of the framework will remain intact.

“I shouldn’t have called it repeal and replace because that’s not what’s going to happen, it’s basically like going to fix the flaws and put a more conservative box around it,” Boehner told a conference hosted by the Healthcare Information and Management Systems Society in Orlando, Florida. He said in his 25 years in Congress, Republicans never once agreed on what a healthcare proposal should look like.

House Minority Leader Nancy Pelosi, D-Calif., said Republicans have yet to put forth a basis for negotiations on something that would keep “lowering costs, expanding coverage and increase[ing] benefits.”

“They have put forth nothing,” Pelosi said.