What Is Mardi Gras 2017? History Of Fat Tuesday; When And Where Was The First Celebration?

While today it may be associated with revelers drinking, stripping and bead-gathering in New Orleans’ French Quarter, the celebration of Mardi Gras dates back thousands of years.Now celebrated in a number of countries around the world, and also known as... 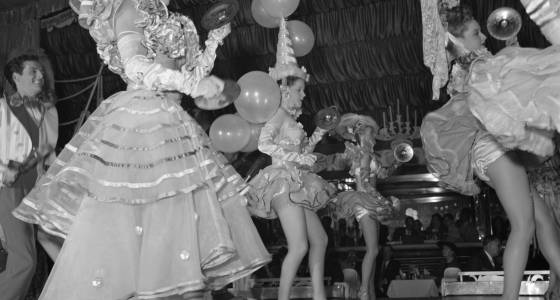 While today it may be associated with revelers drinking, stripping and bead-gathering in New Orleans’ French Quarter, the celebration of Mardi Gras dates back thousands of years.

Now celebrated in a number of countries around the world, and also known as Carnival, Mardi Gras is believed to have its roots in ancient pagan celebrations of spring and fertility, such as the Roman festivals of Saturnalia and Lupercalia. Some, however, dispute those origins and insist it started as a Christian celebration.

Regardless of when it started, the celebration was adopted by Christianity when it arrived in Rome as a prelude to the 40 days of penance and sacrifice during Lent. Mardi Gras always occurs the day before Ash Wednesday, which begins the Lent season leading up to Easter.

With the tradition of fasting and abstaining during Lent, people would bring much of the remaining contents of their fridge, particularly meat, eggs and dairy, along with alcohol, the day before for a big celebration.

It is not hard to see how it gained the name “Carnival.” It is also easy to see why, when the festival arrived in France, it became known as Mardi Gras, or “Fat Tuesday.”

A dance ensemble entertains guests at a masquerade in the Latin Quarter of New Orleans, circa 1948. Photo: Getty Images

It was through France that Mardi Gras arrived on American shores. The tradition is believed to have started in the United States courtesy of the French-Canadian explorers, the Le Moyne brothers, in 1699. The two were sent to defend France’s claim on the territory of Louisiana. While camping out about 60 miles from modern-day New Orleans, they realized it was Fat Tuesday back home and thus named the spot “Point du Mardi Gras.”

However, the first formal American Mardi Gras celebration is claimed to have occurred not in New Orleans, nor even Louisiana, but in Mobile, in what became the state of Alabama, having been started by Frenchman Nicholas Langlois in 1703. Even its name was different, with the celebration thought to have been initially known as “Boeuf Gras,” or "Fat Ox.”

While New Orleans still claims it had Mardi Gras first, the first recorded Mardi Gras in the city wasn’t until 1837. The parade floats didn’t arrive until 20 years later.