Vice President Mike Pence now said "no one is going to fall by way of the cracks" in President Trump's plan to repeal and replace Obamacare amid fears that these who have well being coverage now will drop it. "What the president wants the Congress to... 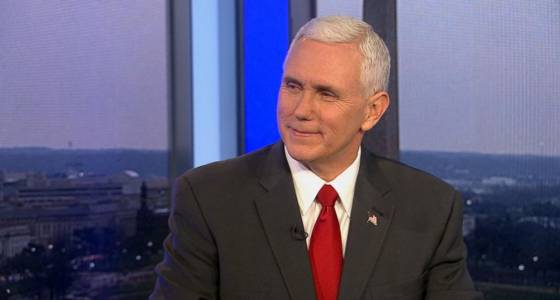 Vice President Mike Pence now said "no one is going to fall by way of the cracks" in President Trump's plan to repeal and replace Obamacare amid fears that these who have well being coverage now will drop it.

"What the president wants the Congress to do is to generate a framework for people to be in a position to afford coverage," Pence stated on ABC News' "Excellent Morning America." "I consider the president has made it clear, no one particular is going to fall through the cracks in this."

Trump reiterated his legislative agenda, which includes repealing and replacing the Economical Care Act, during his first address to a joint session of Congress Tuesday evening. The president's call to repeal and replace Obamacare was met with boos and thumbs down from Democrats.

"Obamacare is collapsing and we will have to act decisively to safeguard all Americans," Trump mentioned in his address Tuesday night. "So I am calling on all Democrats and Republicans in the Congress to work with us to save Americans from this imploding Obamacare disaster."

The speech has received mixed reactions from lawmakers. House Speaker Paul Ryan, R-Wis., referred to as the president's address a "residence run" in a statement, whilst Property Minority Leader Nancy Pelosi, D-Calif., expressed the opposite sentiment, tweeting that Trump's speech "was utterly disconnected from the cruel reality of his conduct."

Senate Minority Leader Chuck Schumer, D-N.Y., stated in an interview with "GMA" this morning that Trump was "entirely detached" from his speech to Congress and "didn't make any of the challenging choices."

But Pence mentioned the address shows the president is making fantastic on his campaign promises.

"The candidate Donald Trump is the President Donald Trump," the former Indiana governor mentioned on "GMA.”

"I consider what you saw final evening was the president acting on the priorities that he ran on."