CaptionCloseNow that Donald Trump is president of the United States, one of the most contentious foreign policy issues that has come up is moving the U.S. Embassy to Jerusalem. For me, the question of Jerusalem is a personal one. I am Palestinian, and I was... 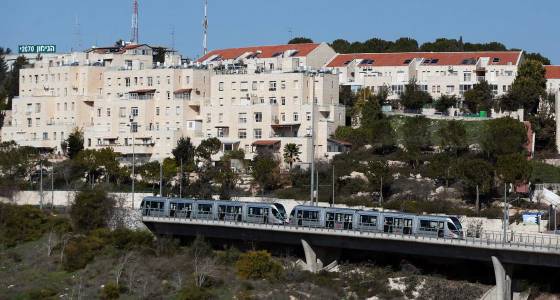 Now that Donald Trump is president of the United States, one of the most contentious foreign policy issues that has come up is moving the U.S. Embassy to Jerusalem.

For me, the question of Jerusalem is a personal one. I am Palestinian, and I was born in Jerusalem long before Israel was established. Mine was one of the city’s leading families, tracing our roots in the Holy Land for centuries. My family owned several tracts of valuable property in the Old City’s Christian Quarter.

In 1948, during what we Palestinians call al-Nakba, or “the great catastrophe,” hundreds of thousands of Palestinians were forced to flee from their land.

My family was walking to the German convent in Jerusalem to seek shelter when my father and oldest brother, Mihran, were abducted and imprisoned by Jewish militias looking to take over the land. My mother and her seven children (we ranged in age from 4 to 16) were placed in a fenced prison zone. There we remained under the gaze of soldiers until the state of Israel was established. There was no school, food was rationed, and the entrances were heavily guarded.

After our release, we tried to return to our home, which was built by my grandfather in the 1880s, but it had been taken over and all our possessions were gone. My brother was released four years later, in 1952, but my father was not sent home until he became ill in 1955 — in the end, his imprisonment led to his untimely death.

We found ourselves living in a segregated society: As Palestinians, we were not allowed to attend Jewish public schools, and jobs were difficult to come by. This lack of opportunity made it impossible to fathom staying in our beloved city. With no viable future, we all migrated to Western countries.

The expulsion of Palestinians continues to this day, even in the city of Jerusalem itself. Recently, emboldened by President Trump’s vocal support and in spite of widespread international condemnation, the Israeli government approved the building of 2,500 new settlement units. Of those, 566 will be in East Jerusalem, where Palestinians have lived under Israeli military occupation for nearly half a century. And recently, they added thousands more settlement homes to the list.

It is evident that Trump and his advisers do not comprehend the magnitude and the importance of Jerusalem as the Holy City of Peace and a place for all people. Prior to the current crisis and for thousands of years, prophets, scientists, scholars, merchants and poets populated Jerusalem, and it became the religious, cultural and political center of civilization. It is the holiest city for the three Abrahamic religions — Christianity, Islam and Judaism. It is known as the city of miracles — the location of Christ’s resurrection, Muhammad ascension to heaven and Abraham’s near sacrifice. It is a sacred place and deeply significant to many worldwide.

The decision to relocate the U.S. Embassy to Jerusalem would have grave consequences — it is a highly provocative move that flies in the face of longtime U.S. policy and shows little respect for or understanding of the city’s multireligious, multiethnic identity.

Under the Trump administration, I fear any minimal progress that has been made will be rapidly undone. How can we have peace in the Holy Land when the most powerful nation in the world ups its already excessive support for Israel and provocatively threatens to move the embassy to Jerusalem?

President Barack Obama promised Israel $38 billion over the next 10 years, more than any previous military aid package and more aid than to any other country in the world. With such support, what will motivate Israel to seek peace and share the land?

I can only hope that President Trump will think twice before moving the U.S. Embassy to Jerusalem and standing in the way of Palestinian freedom, so long overdue.

Jacob J. Nammar is the author of “Born in Jerusalem, Born Palestinian: A Memoir.” He lives in San Antonio.