By the editors of Bloomberg View President Donald Trump's penchant for "alternative facts" raises a troubling question: What if the same instinct leads him to pressure government agencies -- the ones that track everything from jobs to air quality -- into... 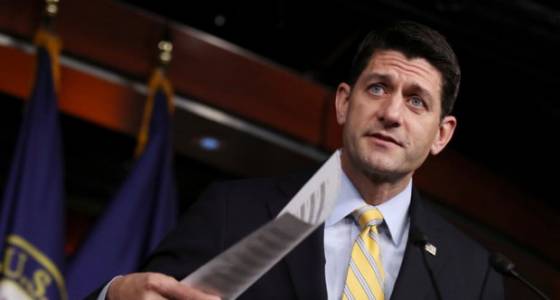 By the editors of Bloomberg View

President Donald Trump's penchant for "alternative facts" raises a troubling question: What if the same instinct leads him to pressure government agencies -- the ones that track everything from jobs to air quality -- into producing data to support whatever he wants to believe?

If Trump won't draw the line, Congress should.

Two recent cases suggest where things may be headed. Trump's officials have considered changing the way they calculate foreign-trade balances, turning some surpluses into deficits and bolstering the president's case for tearing up free-trade deals. In another, the administration instructed its economists to forecast U.S. growth rates a full percentage point higher than consensus estimates -- an alteration that, if included in Trump's final budget proposal, would mask the effect of his tax cuts and spending plans on the nation's finances.

To be sure, lying with statistics is a time-honored tradition. But the character of the changes being considered, together with Trump's record of fudging everything from TV ratings to his own net worth, suggests a willingness to go further than his predecessors. And the more the administration adopts unrealistic goals, the more reason it will have to keep on tampering, so it can claim all is going to plan.

The president has a lot of power to mess with government statistics. Some laws and rules seek to protect the integrity of federal indicators, including the monthly jobs report and international trade data. But they don't cover a lot of data that some agencies publish at their own discretion, such as the air quality statistics from the Environmental Protection Agency. Also, they don't necessarily prevent Trump's political appointees from eliminating indicators or changing the way they are calculated.

The damage could be great. Businesses rely on government data to spot trends in the economy and make investment and hiring decisions. Economists and elected officials need reliable figures to assess the effects of policies. Any tampering would sharply increase uncertainty and costs -- and, by the way, weigh heavily on the country's international standing (as Argentina's experience with juking its inflation statistics shows).

So what can Congress do? At a minimum, it must reject any budget or trade proposals founded on demonstrably fake numbers. In addition, it should demand assurances from Trump appointees -- particularly to institutions such as the Bureau of Labor Statistics, where the commissioner's term recently expired -- that they will maintain the highest standards of impartiality. Third, it must ensure that the statistical agencies get the budgetary resources they need to do their jobs.

The U.S. government produces some of the best and most complete data in the world -- information that helps the economy work well. Trustworthy statistics are a vital national asset. Congress, take note.