This three-part documentary followed Donald Trump during the aftermath and lead up to the 2020 election. 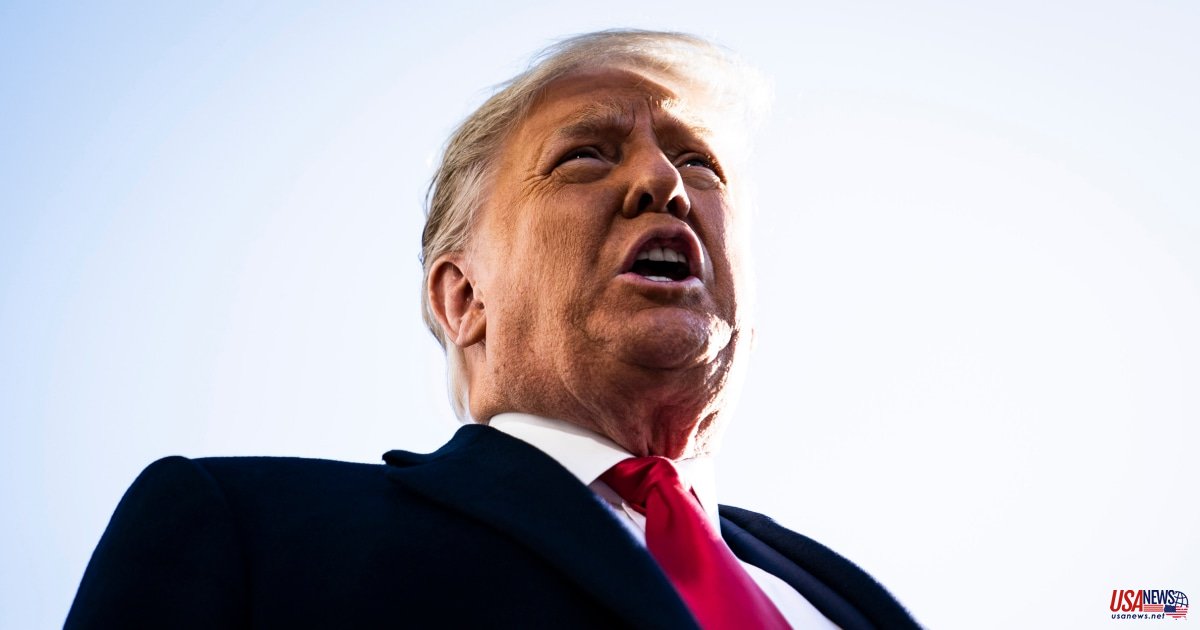 This three-part documentary followed Donald Trump during the aftermath and lead up to the 2020 election. It was released just days before the House Jan. 6, committee will hold its next public hearing.

Holder and his team had access to Trump's family members and Trump during the final weeks and weeks following the Jan. 6 attack on their series "Unprecedented." Trump's inner circle was interviewed on key moments such as when Trump found out that Joe Biden had called the election and when he tested positive to Covid.

Holder's crew was also filming at Capitol on Jan. 6, and the series features footage of Trump supporters climbing through broken windows to gain entry.

Jan. 6th committee subpoenaed raw footage Holder's interviews with Trump, then Vice President Mike Pence and Donald Trump Jr., Ivanka Trump and Eric Trump. Also, footage from the attack on Capitol. The committee requested any footage that could have been used to discuss election fraud and election integrity.

The next two public hearings of the panel, scheduled for Tuesday morning or Thursday evening, will focus on the pro Trump mob that stormed Capitol.

Rep. Adam Schiff (D-Calif.), who is a member the committee, said last week on MSNBC's "The Last Word With Lawrence O'Donnell” that the committee wants to shed light on "how that mob got to be there."

Holder testified in secret before the committee in June.

Pence reacts to an email from the congress requesting that he invoke Section 25th Amendment. This scene is part of the third episode. According to the documentary, Pence said "Excellent" before asking a staffer for a hard copy. CNN was told by a spokesperson for Pence in June that he was reacting to "a confirmation" that his letter had been sent to Speaker Pelosi, rejecting her attempt to invoke the 25th Amendment.

According to the documentary Ivanka Trump Jr., Eric Trump Jr. and Pence declined to talk about the Jan. 6 attack in their interviews.

Trump said in the interview that there was "great anger" in the country on Jan. 6. He also stated that he would make a decision about whether to run for president in 2024 "in not too distant future."