Trump and Bannon are the 'corporatists': E.J. Dionne

E.J. Dionne By E.J. Dionne WASHINGTON -- Just when you despair that only chaos animates the Trump administration, along comes Steve Bannon, the White House ideologue, to offer the Rosetta Stone illuminating what this circus is all about. And when you realize... 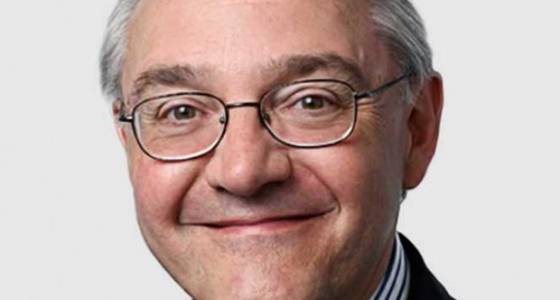 WASHINGTON -- Just when you despair that only chaos animates the Trump administration, along comes Steve Bannon, the White House ideologue, to offer the Rosetta Stone illuminating what this circus is all about.

And when you realize what Trump & Co. might really be up to, your despair turns to alarm.

There is no way of knowing how much Donald Trump truly cares about the ideas that Bannon holds close to his heart. Trump seems far more obsessed with attacks on him from many directions -- and genuinely worried that investigations of his team's ties to Russia could pose a mortal threat to his power.

After Bannon had offered his Deep Thoughts on Trumpism at the Conservative Political Action Conference last Thursday, there was Trump on Friday morning back to his usual grubby business of using Twitter to denounce his enemies. His target in this case was the FBI. He accused the agency of being "totally unable to stop the national security 'leakers'" and being guilty of leaks of its own.

Trump's anxiety was likely heightened by word that Reince Priebus, his chief of staff, asked the FBI to deny reports that several members of Trump's team had contacts with Russian agents during the 2016 campaign. Priebus' intervention raises serious questions about whether the White House is trying to shut down or influence inquiries that are plainly in the national interest.

Bannon, appearing with Priebus, may have had this in mind when he told the assembled conservatives that "every day, it is going to be a fight" and pushed Team Trump's attacks on the media to a new level. Trump picked up on the theme in his own CPAC remarks on Friday, echoing countless authoritarians in repeating his condemnation of "fake news" outlets as "the enemy of the people." Trump's survival may depend on his supporters ignoring a lot of bad news and inconvenient facts.

But it is Trump's opponents and the not-yet-committed who need to pay close attention when Bannon, the president's visionary chief strategist, promises an ominous-sounding "new political order." Philip Stephens, a columnist for the Financial Times, had a nice description of Bannon's job, describing him as "the ideologue who informs Mr. Trump's impulses." And Bannon actually made sense of Trump's seemingly bizarre habit of naming people to head up agencies whose missions they openly oppose.

When Bannon listed the administration's central purposes, the first two were unsurprising: "national security and sovereignty" and "economic nationalism." But then came the third: the "deconstruction of the administrative state." Bannon explained that officials who seem to hate what their agencies do -- one thinks especially of Scott Pruitt, the head of the Environmental Protection Agency who has sued it repeatedly to the benefit of oil and gas companies -- were "selected for a reason, and that is deconstruction."

Thus did Bannon invoke the trendy lefty term "deconstruct" as a synonym for "destroy."

This is a huge deal. It reflects a long-standing critique on the right not just of the Obama and Clinton years but of the entire thrust of American government since the Progressive Era and the New Deal. Critics of the administrative state -- "the vast administrative apparatus that does so much to dictate the way we live now," as Scott Johnson, a conservative lawyer and co-founder of the Power Line blog, put it in 2014 -- see it as unconstitutional because regulatory agencies make and enforce rules based on authority they claim was illegitimately ceded by Congress.

That's the theory. In practice, this is a war on a century's worth of work to keep our air and water clean; our food, drugs and workplaces safe; the rights of employees protected; and the marketplace fair and unrigged. It's one thing to make regulations more efficient and no more intrusive than necessary. It's another to say that all the structures of democratic government designed to protect our citizens from the abuses of concentrated private power should be swept away.

It's a very strange moment. Trump and Bannon are happy to expand the reach of the state when it comes to policing, immigration enforcement, executive branch meddling in the work of investigative agencies, and the browbeating of individual companies that offend the president in one way or another. The parts of government they want to dismantle are those that stand on the side of citizens against powerful interests.

In his CPAC presentation, Bannon accused Trump's foes of being "corporatist." But, in the truest sense of the word, the real corporatists are in the White House.