Cars and trucks are big polluters. In fact, more than a third of Ontario’s greenhouse gas pollution is caused by the transportation sector, with cars and trucks responsible for 70 per cent of that share.That’s why the Wynne government included... 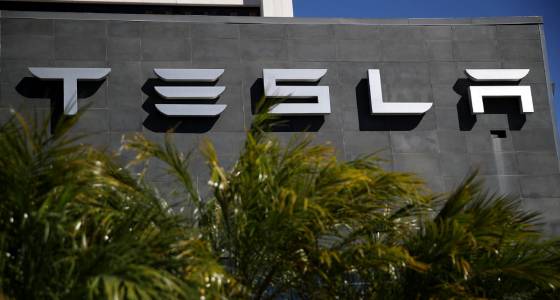 Cars and trucks are big polluters. In fact, more than a third of Ontario’s greenhouse gas pollution is caused by the transportation sector, with cars and trucks responsible for 70 per cent of that share.

That’s why the Wynne government included incentives to reduce pollution from cars in its wide-ranging $8.3-billion plan to cut greenhouse gas emissions.

Among them was a program to encourage people to buy electric cars. It offers rebates of $3,000 to $14,000, depending on such criteria as the car’s battery capacity and the number of passengers it carries.

But the program conspicuously failed to target the program at cars that average families could afford, rather than luxury vehicles for the wealthy.

Indeed, at one point the program was handing out rebates to purchasers of $1.1-million Porsches.

It was a smart move. Not so smart was the government’s decision to reverse course and remove it from Tesla cars this month, making purchasers of the luxury vehicles eligible for the same $14,000 rebate as buyers of, say, a more modest Chevrolet Volt.

It doesn’t help the optics on that decision that the $3,000 cap on rebates for Teslas was removed just about the same time as the former chief of staff to Environment Minister Glen Murray left the government to work for the high-end vehicle maker.

The government insists the cap was removed from Teslas for environmental reasons. The cars, it says, meet higher emissions standards than other luxury lines such as electric Cadillacs, Mercedes and Porsches.

But that misses the point.

The fact is the wealthy should not be turning to government coffers to subsidize their purchases of luxury vehicles.

Indeed, allowing it for Teslas – high emission standards or not – could endanger a rebate program that has successfully encouraged manufacturers to introduce a wider variety of electric vehicles and persuaded 10,000 drivers to buy them so far.

In fact, NDP Leader Andrea Horwath and Progressive Conservative Leader Patrick Brown are already calling for an end to rebates for all luxury vehicles, even though there is value in encouraging the rich to reduce greenhouse gas emissions, too.

The government had it right last year when it capped rebates for luxury cars at $3,000. It should do a U-turn now and scrap the exemption for Teslas and any other luxury vehicles.