Too many in Greater L.A. miss out on benefits of tax season: Guest commentary

Filing taxes is often a stressful ritual. This is a time of the year when we’re checking our bank accounts to see how much money has been taken out, instead of looking for the new deposits we look forward to every payday.It doesn’t have to be... 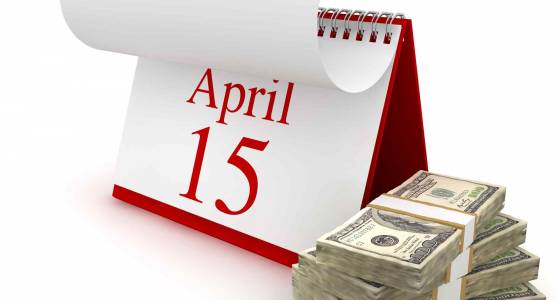 Filing taxes is often a stressful ritual. This is a time of the year when we’re checking our bank accounts to see how much money has been taken out, instead of looking for the new deposits we look forward to every payday.

It doesn’t have to be that way. Thousands of Angelenos are in position to build a stronger financial future through one of the nation’s most successful — yet most severely underutilized — anti-poverty measures, the Earned Income Tax Credit (EITC).

The EITC is a refundable tax credit that provides low- and moderate-income households earning up to $54,000 with a significant lump-sum payment — the largest cash windfall that many households receive all year.

According to data from FamilyAssetsCount.org, 48.6 percent of Los Angeles households are “liquid asset poor,” which means they lack sufficient savings to live at the poverty line for three months if faced with a job loss, medical crisis or other income disruption.

For these financially vulnerable households, the EITC is a cash infusion that enables working families across the city and county to afford vital household items, pay down debts or begin saving for the future. It brings an estimated $1.5 billion in refunds to eligible residents, supplementing family income and further stimulating the economy in the Los Angeles area.

Yet too many of our residents are missing out. Although Los Angeles County is home to 60 percent of California’s eligible EITC filers, each year roughly $566 million is left unclaimed by hard-working families who may not be aware this credit even exists. In addition, many households are spending an average of $260 to file their taxes with paid tax preparers, often surrendering a significant share of their refund in the form of exorbitant fees and rapid-refund products.

Tax season may be stressful for financially vulnerable families, but it doesn’t need to be expensive as well. We want to ensure that all Angelenos in need get the most out of tax season. That’s why the city and county of Los Angeles, with support from Citi Community Development, are raising awareness with Free Tax Prep Los Angeles about the services available to Angelenos to file their taxes for free.

In the greater Los Angeles area, there are 140 free Volunteer Income Tax Assistance (VITA) sites that provide free, high-quality, IRS-certified tax preparation services for eligible workers. In addition to filing their taxes and claiming their available tax credits, these sites also offer a suite of additional services, such as one-on-one financial counseling, to help workers gain access to information and resources for getting out of debt, planning for the future, or choosing safe banking products and services that can have positive impacts on their long-term financial success.

Indeed, leaders across the country recognize the dire need to lift families out of poverty. According to the just-released findings of the Menino Survey of Mayors, America’s mayors from cities big and small say poverty is their most pressing economic concern. Collectively, nearly half the mayors explained that those living in or near poverty are the most excluded group in their cities, and one-quarter identified the group as the one they most need to do more to help.

The EITC can be an important part of the equation because it is more than just a big check. For many, what would normally be the tedious and stressful ritual of filing taxes would actually be the start of a journey toward financial security through the utilization of the EITC. It offers families the chance to begin repairing finances, developing savings, and establishing a healthy, resilient financial identity for the long term.

The EITC is a solid building block on which to begin building lasting prosperity. And it’s a payday that working families cannot afford to miss.

To find out if you qualify for the Earned Income Tax Credit, visit FreeTaxPrepLA.com.

Eric Garcetti is the mayor of Los Angeles. Sheila Kuehl is a member of the Los Angeles County Board of Supervisors. Bob Annibale is global director of Citi Community Development.

Tax season may be stressful for financially vulnerable families, but it doesn’t need to be expensive as well.