The dangers of having a weak president

As the first month has passed of Donald Trump's presidency with little sign of success, and some question about whether he's even up to trying to turn his campaign platform into a real legislative agenda, it's occurring to more and more people that what... 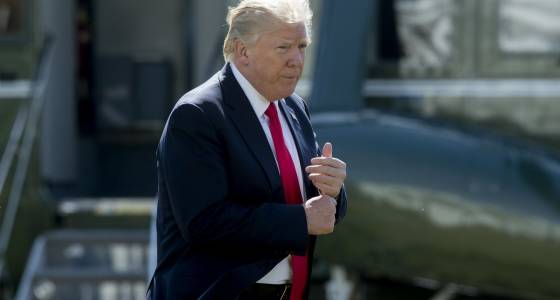 As the first month has passed of Donald Trump's presidency with little sign of success, and some question about whether he's even up to trying to turn his campaign platform into a real legislative agenda, it's occurring to more and more people that what we're looking at is someone on the road to being a very weak president. My Bloomberg View colleague Ramesh Ponnuru has a nice piece making that argument, focused on Trump's reputation.

Since Trump tends to lash out when losing, he remains a danger to democracy even if he is weakened, Ezra Klein argues. He could do plenty of lashing out in ways that tend to de-legitimize important democratic institutions such as the courts, Congress, the media and political parties.

On the other hand: As Politico's Tara Palmeri reports, while Trump needs to be carefully managed in order to keep him from saying and doing inappropriate things, it's not especially difficult to manipulate him. Former campaign staff explain that Trump merely needed to be fed a constant diet of positive news clips, easily generated from friendly news outlets, in order to keep him from his worst instincts. What's striking is how easy the process sounds: Trump needs good reviews, but is satisfied even if they appear in the Republican-aligned media which virtually every normal politician would discount as validation. And since, beyond the cable news networks he obsessively monitors, he doesn't search out information on his own, his staff can control what he reads.

Does this mean Trump isn't really a danger?

Well, no. And not only because we know he can, as Klein points out, poison the public sphere with illiberal comments.

For one thing, presidential weakness is bad for the nation. Without a strong president to push hard on executive branch departments and agencies, they're liable to atrophy. It's not that individual bureaucrats aren't capable and well-meaning; many of them are. But bureaucratic incentives can lead agencies to ignore pressing problems, especially new ones, if they're not prodded. And those who can be tempted by laziness or flat-out corruption will be more likely to give in to that temptation when the agency isn't being challenged to fulfill presidential requests (or if it feels safe to ignore them).

For another, presidents who get frustrated because they can't get Congress, the courts or even the executive branch to do what they want may turn to those within the presidential branch (that is, the White House staff and other agencies within the Executive Office of the President) to do their bidding. That's the story of Watergate, in which a president attempted to use those who would follow his orders to do things that normally take persuasion. It's not clear how big a threat that may be with President Bluff and Bluster, who rarely seems interested in following up on any of his threats. But it's possible.

More likely, however, is the possibility that one or another faction within the administration will be able to manipulate the president into doing something destructive, or carry out big policy initiatives without his knowledge. The former is the story of the George W. Bush administration's Iraq policy; the latter, Iran-Contra. That's particularly a problem given the seemingly random way in which Trump hires people, meaning that there are plenty of odd agendas floating around the presidential branch (fewer now, to be sure, with Michael Flynn gone) and among his executive branch appointees. With an influential president, odd agendas aren't a huge problem, and can even be a plus in that they can work against groupthink and complacency. With a weak president, however, ambitious or reckless people with crackpot ideas may run wild, with potentially catastrophic outcomes.

All of these are threats to the nation. All have subsets which are potential threats to democratic government.

One more point: The dangers of an oppressive government do not require an unusually powerful president. It's possible for a weak president to be in office when the power of the federal government grows larger, as was the case during George W. Bush's first term as a result of the September 11 attacks.

How Trump affects the presidential rankings

Take a look at Donald Trump's life long before his 2016 presidential bid. 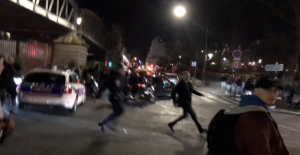 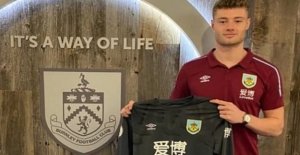