WASHINGTON -- Sunday's announcement by key senators of a framework agreement for new gun legislation marked a significant breakthrough in a range of measures to combat gun violence. 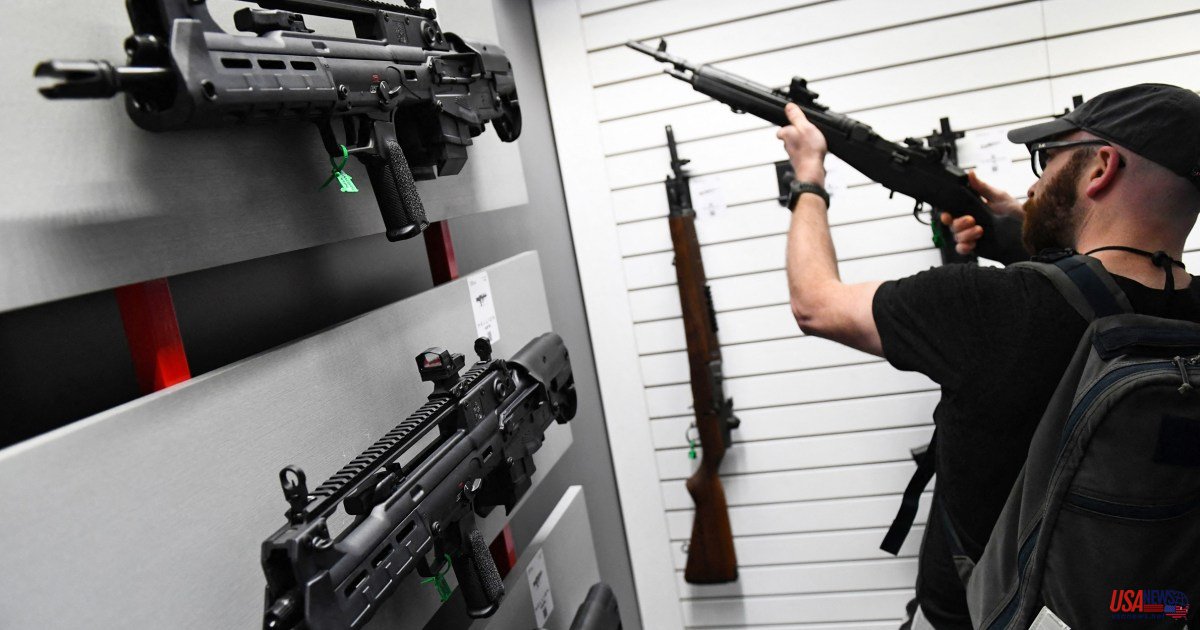 Chief negotiators for the deal were Sen. Chris Murphy (D-Conn.), a vocal proponent of gun safety legislations and Sen. John Cornyn (R-Texas), a strong Second Amendment advocate who has pledged that the new measures will not affect gun rights of law-abiding Americans. Sources familiar with negotiations say that the final bill is still not written.

"Today we are announcing an uncommon, bipartisan proposal for protecting America's children and keeping our schools safe and reducing the threat of violence throughout our country," Murphy, Cornyn, and other senators involved said in a joint statement. "Families feel scared. It is our duty to work together to restore their senses of safety and security within their communities."

The Senate deal is more likely to become law than the gun bills that were authored by Democrats and passed the House last Wednesday. This is because it has the support of key Republicans who have a strong veto power in the Senate due to the 60-vote filibuster rule. Ten Democrats and 10 Republicans signed the joint statement supporting the deal.

The Senate deal provides substantial resources to states for the implementation of "red flag" laws. These laws allow family members or police to petition courts to prevent firearms from being used by people they consider to be a danger to themselves or others.

Red flag laws are currently in force in 19 states and the District of Columbia. These new provisions aim to increase that number and improve their implementation.

The agreement establishes a stricter process for background checks for people aged 18-21 years. This includes an enhanced review that includes contacting local and state law enforcement for criminal records that could disqualify, as well as requesting mental health information from appropriate state agencies that could impact the decision.

This proposal clarifies the ambiguities surrounding who is required to register as a federally licensed firearm seller for background checks.

To improve the prosecution of traffickers, it imposes new penalties for "straw buying" firearms. It also authorizes additional money to pay for school safety and mental health services.

Sources familiar with negotiations indicated that the agreement would also contain a provision to address domestic violence's so-called boyfriend loophole.

Senator Majority Leader Chuck Schumer (D-N.Y.) said that he was "pleased" that Congress has taken meaningful action for gun violence prevention for the first time in almost 30 years.

"After an unrelenting tide of gun-related suicides or homicides including mass shootings," he stated in a statement. We must act quickly to move this legislation forward because it is worth saving one life.

If the bill is approved, activists believe it would be the most important piece of gun violence prevention legislation for nearly three decades. This proposal comes almost 30 years after the Lautenberg Amendment to The Gun Control Act of 1968 banned anyone convicted of domestic violence from possessing a firearm.

The announcement was made a day after protesters in all 50 states marched in support of gun violence in a series organized by the advocacy group March for Our Lives.

As mass shootings have become more commonplace in American life, the public has been moving towards stricter gun laws for years. Recent CBS News polls found that Americans favor stricter gun laws than less restrictive gun laws by a 5-to-1 margin.

Senate Minority Leader Mitch McConnell (Republican from Kentucky) said Sunday that he was "glad" Murphy and Cornyn are "continuing their progress in their discussions". He stated that he would like to see a bipartisan product that addressed mental health, school safety, and respects the Second Amendment.

Cornyn tried to balance between taking action and dealing with Second Amendment concerns on the right during the negotiations that began after Uvalde's shooting. Some Republican senators had played up these anxieties as they remained distant from bipartisan discussions.

Murphy and Cornyn previously worked together on a modest bill that was passed in 2018. It was the Fix NICS Act, which was intended to improve the FBI background checking system. They attempted to reach a settlement to close loopholes in background checks requirements last year. However, those negotiations fell apart.

Although the Senate agreement is modest, it was negotiated with great care to avoid offending gun rights advocates who make up an influential and passionate segment of the Republican Party. The GOP's limited interest in the Democrats prevented them from seeking more aggressive legislation.

The deal will not prohibit or confiscate any of hundreds of millions of guns currently in circulation in the U.S. It wouldn't ban the sale of semi-automatic rifles such as the AR-15 that were used by Uvalde shooter for the murder of children. It will not ban high-capacity magazines. It will not raise the age limit to purchase semi-automatic weapons to 21, unlike a House bill. It would not, like a House Democrats bill, require universal background checks.

The deal is a preferred option for Democrats who control the House but need Republican support to pass legislation to the Senate. It represents a preference to accept incremental progress rather than resisting a deal to pressure the GOP in 2022's midterm elections.

President Joe Biden stated that the Senate agreement is "important steps in a positive direction" and called on Congress to speedily pass it.