Portland plans to beef up its street crews to tackle more than 1,000 potholes left in the wake of winter storms. The city's transportation bureau said it would have 12 to 15 road crews working daily, weather permitting, to address the backlog. It usually... 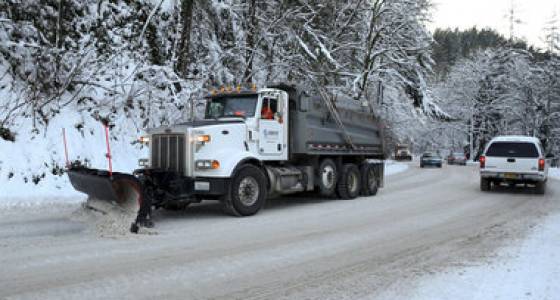 Portland plans to beef up its street crews to tackle more than 1,000 potholes left in the wake of winter storms.

The city's transportation bureau said it would have 12 to 15 road crews working daily, weather permitting, to address the backlog. It usually has no more than three.

The push, which the city has dubbed a "patch-a-thon," begins Thursday and continues until the last of the potholes is filled, the bureau said. The bureau will be tracking its progress on an online map.

The bureau usually gets 10 or 20 calls a day about potholes, but was getting about 50 a day in the wake of the storm, spokesman John Brady said in January.

Potholes often follow periods of snow and ice. Water from the melting ice seeps into asphalt or concrete and re-freezes, causing it to expand and damage the roadway from within.