Oscar Trivia 2017: 10 Facts About The 89th Academy Awards You Need To Know

The biggest night in Hollywood is almost upon us. On Sunday, late night star Jimmy Kimmel will take the stage to host the 89th Annual Academy Awards. Movie fans will watch as dozens of celebrities and filmmakers walk away with a coveted Oscar on ABC’s telecast... 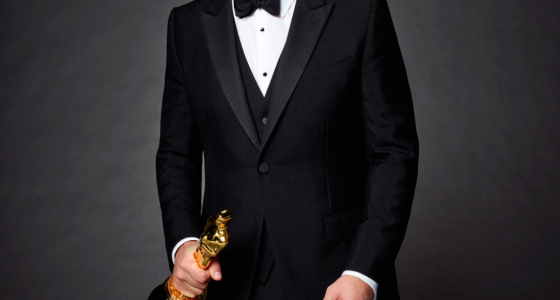 The biggest night in Hollywood is almost upon us. On Sunday, late night star Jimmy Kimmel will take the stage to host the 89th Annual Academy Awards. Movie fans will watch as dozens of celebrities and filmmakers walk away with a coveted Oscar on ABC’s telecast but before that time, check out these 10 fun facts about the 2017 show.

The best picture race was tight this year. The Academy has revealed 336 films were eligible for a nomination, a much larger number than last year’s 305. In 2014, that number was still smaller with 320.

The 89th annual show will be the 52nd time ABC has broadcasted the award show. This will be the sixteenth time the show returns to the Dolby Theater in Los Angles.

Getting into the Oscars is no easy feat for a journalist. The Academy received 744 credential applications for this year’s show but only 288 outlets were given access.

Jimmy Kimmel will host the 2017 Academy Awards live from the Dolby Theater in Los Angeles on Feb. 26. Photo: ABC

It’s tough to get an Oscar, but thousands have been handed out since the first show in 1929. The Academy reports that including the four Oscars given at the Governor Awards in November 2016, a total of 3,048 Oscars have been presented in history.

Like previous shows, this year’s Oscar winners will be presented with a statue weighing in at 8.5 pounds. The award is 13.5 inches long and just over 5 inches wide.

There are 24 category wins up for grabs at this year’s Oscars. Check out all of the nominees here.

The 2017 show is scheduled to begin airing at 8:30 p.m. EST on ABC on Sunday and conclude at 11:30 p.m. EST, but the Oscars have some steep competition if they want to make history. The longest Oscar telecast to date was in 2002 with a show that ran four hours and 23 minutes.

Before taking one of the 3,300 sets at the Dolby Theater, the Oscar guests will have to take a walk down the aborally large red carpet. The theater’s red carpet is approximately 900 feet long and 33 feet wide.

The Oscars doesn’t bring in a small TV audience. Last year’s show brought in a U.S. audience of 34.4 million people. The 2017 ceremony will air in more than 225 countries and is expected to entertain “several hundred million” viewers.

Press are not the only ones who have a tough time getting into the Oscars, it will also be a tough spot for fans. While last year the Academy had roughly 745 bleacher seats for fans to watch as the celebrities arrive on the red carpet this year will only offer 735.