When Charlotte gives incentives for companies to expand or relocate in the city, some question how much the money helps – or whether the business was coming anyway and just looking for the money as a welcome gift.It’s difficult to know because local incentives... 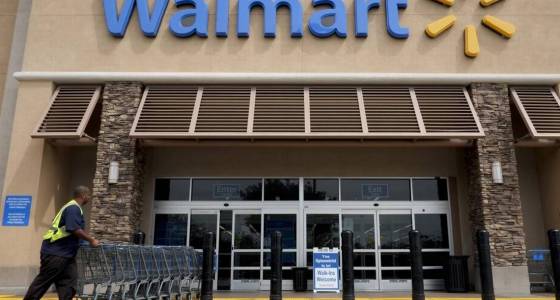 When Charlotte gives incentives for companies to expand or relocate in the city, some question how much the money helps – or whether the business was coming anyway and just looking for the money as a welcome gift.

It’s difficult to know because local incentives are almost always approved. In the last three years, for instance, the City Council has never turned down an incentive proposal.

But two years ago, Walmart proposed to invest $24 million and create 1,000 new jobs at a new center in Charlotte to handle accounting and invoicing, in an office park near the airport.

[Your tax dollars are luring call-center, amusement park jobs. Is that a good idea?]

Many of those 908 positions would qualify for taxpayer-supported “affordable housing,” which can be for people earning 80 percent of the area median income. For a family of two people, that’s someone earning less than $32,160.

The City Council had approved in closed session $278,000 in subsidies for Walmart. But Mecklenburg commissioners balked at approving $483,000 in incentives for the world’s largest retailer, with some officials concerned the company didn’t pay its employees enough.

When the county said no, the city and state withdrew their incentives, which totaled about $1.6 million. Walmart withdrew its request for the support.

Based on the company’s application, it appeared Walmart’s Global Shared Services center would head to Fort Mill. The company told the city that the state of South Carolina and Fort Mill were offering it $27.4 million in incentives.

But then a funny thing happened: Walmart came to Charlotte anyway.

A company spokesperson said it chose Charlotte because of the “excellent workforce and strong education system in the area.”

David Swenson, director for the York County Economic Development, said the $27.4 million incentives was only a general summary of incentives that the state gives to many companies. He said they never discussed the proposal with Walmart in detail because the company “never followed through on any of it,” he said.

Charlotte City Council member Kenny Smith, a Republican, said he often asks whether a company was coming to Charlotte anyway or whether the incentive package helped make their decision.

Last year, the marketing and technology company Red Ventures told the city that Charlotte’s competition for a 500-job expansion was Indian Land, S.C. and Waltham, Mass. The company told the city one of the other sites had offered it $10 million in tax credits and other incentives.

Red Ventures ended up coming to Charlotte for significantly less – for $2.92 million in city, county and state funds.

Octapharma Plasma Inc. told the city it had an offer of $10.7 million to open a plasma storage facility and research center in South Carolina. It came to Charlotte for $688,327.

The Charlotte Chamber often works with the city and county to help bring companies to the city. Chamber president Bob Morgan said Walmart’s decision to come to Charlotte after being denied money doesn’t discount the incentive program.

He said any incentives “are based on being a win/win for the public and the company. How much weight any company gives to this factor is in their hands.”

Two years ago, the City Council approved incentives for Synchrony Financial, a spinoff of General Electric. Synchrony wanted to expand an existing office in Charlotte, and the total incentive package from the city, county and state was $250,000.

But after a news story about some of the company’s low wages – most jobs would pay $26,500 – the company withdrew its request.

The city said Synchrony expanded in Charlotte without the incentives.