It is time for an off-ramp. The Feb. 17 PUC filings unanimously agree that the city's proposed separation plan is woefully deficient. Specifically, all parties agree the PUC does not have authority to force Xcel to enter into a contract to manage the municipal... 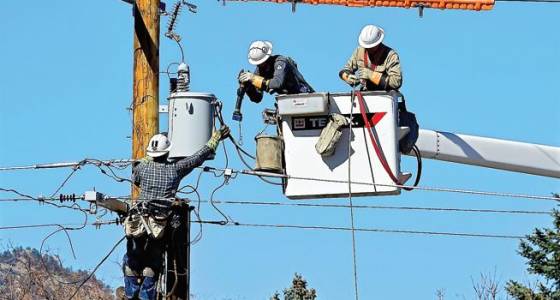 It is time for an off-ramp.

The Feb. 17 PUC filings unanimously agree that the city's proposed separation plan is woefully deficient. Specifically, all parties agree the PUC does not have authority to force Xcel to enter into a contract to manage the municipal utility after it is created, and that the PUC would retain minimal, if any, jurisdiction after the assets are transferred to Boulder. Boulder's position is that the PUC does have authority to force a contract and does retain jurisdiction while Xcel operates the municipal utility. As multiple parties note, these legal issues presented by Boulder's plan are unprecedented, meaning lengthy and costly legal appeals are virtually certain. Below is a summary of each party's position.

Office of Consumer Counsel — Opposed — Boulder has failed to provide a sufficiently detailed list of the specific assets it proposes to acquire. In order to approve the transfer, the PUC must know exactly which assets Boulder seeks to condemn or share. Nor did Boulder provide enough detail to ascertain whether Public Service will be left with any stranded assets/costs. Boulder has not provided any basis to demonstrate the commission has the authority to order a regulated utility to enter into an operating agreement outside of its certificated territory or that Public Service has agreed to such an arrangement.

It is premature for the commission to address Boulder's request. Rather, Boulder and Public Service should enter into good-faith negotiations to identify the assets that need to be transferred, then agree upon the value of those assets.

Regardless, the commission should specifically bar Public Service from recovering any expenses associated with the asset transfer from its remaining Colorado customers.

Public Service (Xcel) — Boulder's plan should not be approved. Boulder admits the plan was only completed at a "planning level appropriate for executive decision making." Boulder's plan increases the exposure to outages by proposing numerous miles of new overhead construction through highly vegetated areas. Boulder's joint-use proposals would also diminish reliability and increase cost. Many of Boulder's proposals do not meet the National Electric Safety Code Standards. Boulder's plan will increase costs for non-Boulder customers as it does not account for future growth at Substations A and C.

Public Service acknowledges that Boulder has a constitutional right to form a municipal utility. Public Service suggests an alternative process where Boulder would construct all necessary facilities before the commission approves a separation.

IBM — Boulder has failed to demonstrate its proposed separation plan will protect the electric system's effectiveness, reliability, and safety with respect to IBM. The city has also failed to demonstrate it is willing and able to provide adequate electric service to IBM. For instance, the city has failed to produce a staffing plan or organization chart, the specific hardware and software it will use, where it plans to house a control standard, or how it would restore electric service following a major interruption.

Boulder has also failed to demonstrate it can obtain and deliver renewable energy in the amounts it desires. There are significant integration and power costs that are missing from the city's separation plan and financial modeling it has made publicly available on its website. Based on the information Boulder has presented, it is highly doubtful the city's electric rates will be comparable to Public Service's or other municipal rates. Boulder has relied on overly optimistic assumptions, and in other cases, failed to account for many costs.

Each of these parties raises valid concerns, which should alert the City Council that the PUC is likely to view the city's proposal with equal skepticism. The city has now spent upwards of $20 million in taxpayer money to find itself in exactly the same spot it has been for the past six years. Time for an off-ramp.