Florida's child welfare system performs enormously difficult work on a paltry budget. That's been the case for years, and the underfunding is as critical as ever, with the statewide opioid and heroin crisis devastating families. It's time for Gov. Rick... 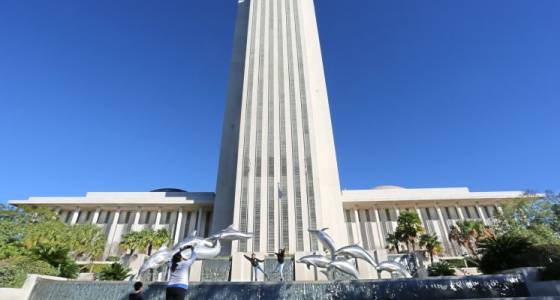 Florida's child welfare system performs enormously difficult work on a paltry budget. That's been the case for years, and the underfunding is as critical as ever, with the statewide opioid and heroin crisis devastating families. It's time for Gov. Rick Scott and the Legislature to seriously invest in this area to better protect the most vulnerable kids.

The welfare system, a network of private agencies overseen by the state that serves abused and abandoned children, makes headlines when things go horribly wrong. Foster kids sleep in an office because case workers have nowhere else to put them. A soon-to-be adopted toddler dies from head trauma, his foster mother charged with his murder. The tragedies are too common and too often preventable, and trying to establish accountability can be a trip into a cul-de-sac. But inadequate funding is too often why kids slip through the cracks, and continuing to starve the system certainly won't prevent more tragedies.

Since the state moved to a community-based care model in the last decade, many results have improved. More kids are being adopted out of foster care. Recidivism is down. The Tampa Bay area is a leader in family reunifications. Kurt Kelly, head of the Florida Coalition for Children, acknowledges he's surprised at the success given how little the state invests. Yet there has been a spike in the number of kids entering the system. In Hillsborough, the rate is up 19 percent. In Pinellas, 9 percent. Kelly says the heroin and opioid epidemic is creating abandoned and neglected children, left behind by parents dead from an overdose or sidelined by addiction. And more cases known as crossover kids — juveniles in the criminal justice system who also have family problems — are landing in the welfare system. Their situations are invariably more complicated and more expensive to manage.

How far behind has Florida fallen? The nonpartisan Florida TaxWatch says the state child welfare system is underfunded by at least $100 million. There are not nearly enough case managers, the front-line social workers who must make critical decisions about kids' safety, deal with families in crisis and see them through with the right care plan. Starting out, they earn roughly $35,000 a year. Experts say they should carry a load of about 15 cases. In Florida, caseloads commonly exceed 20. That results in high staff turnover, which means families have a revolving door of people working on their cases. The state also needs to provide more services: counseling, substance abuse treatment, housing and financial assistance. With more money, Florida could cut into the shortage of needed foster parents and train them better.

To begin to climb out of the financial hole, Kelly has asked for $49 million in the upcoming state budget. The Department of Children and Families, the state agency that oversees the community care contractors, has requested $16 million. Gov. Rick Scott's proposed budget seeks $14 million. All those government numbers fall far short of what's really needed to adequately fund an effort that, if it fails, leaves helpless children as its casualties. Money is tight, but the governor and state lawmakers should focus less on cutting taxes and more on improving an inadequate child welfare system.