Doctors earn our respect in the strangest ways, by seeing us naked and not laughing, by viewing our rashes with enthusiasm rather than disgust, and by diving inside us with instruments, hopefully with expertise rather than a wild surmise. So when doctors... 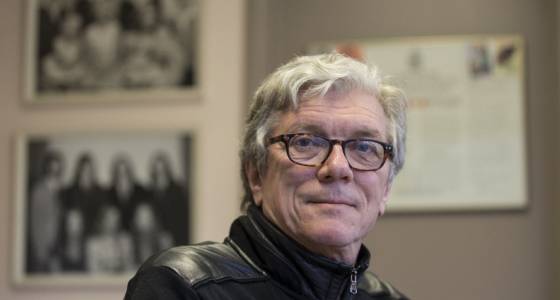 Doctors earn our respect in the strangest ways, by seeing us naked and not laughing, by viewing our rashes with enthusiasm rather than disgust, and by diving inside us with instruments, hopefully with expertise rather than a wild surmise.

So when doctors behave in a foul manner, it’s like watching your parents get in a drunken fight at the school picnic. Doctors? Sending out threats on social media like fans of (Dr.) Kellie Leitch and (Dr.) Ben Carson?

As the Star’s Theresa Boyle wrote Monday, the negotiations over how much the Ontario government will spend on doctors’ salaries are so fraught that doctors have turned on each other.

They are sending obscene emails and threats, blocking patient referrals from doctors they don’t like and generally making this sector of Ontario’s medical professionals look like the Bloods and the Crips. Or worse. Mean Girls. The Trump White House.

Admit it, readers, you did what I did. You went through Boyle’s story looking for your doctors’ names. My doctors are stellar. Are yours?

Dr. Virginia Walley, a former OMA president, was sent this by a male southwestern Ontario anesthesiologist. “You are a c---. Crash and burn as you deserve to do!! This will be a NO vote and the end of the OMA. Sincerely, F--- YOU and the OMA!!!” This is a classic text, using all-caps and a rising rate of exclamation marks. I hear from this type a lot.

Would you want to be anesthetized by this person? Should this person be left alone with a female patient?

I call these people “Sweepyface,” the kind who look plausible as the lava bubbles beneath the surface. “He seemed so quiet,” as the neighbours always say.

You’re most likely to be murdered by your own family, as you’ll recall from last Christmas. Your colleagues are the ones who will shop you, anonymously and inaccurately, on social media. It’s only 5 per cent of staff but it degrades the trade you work in.

When the distinguished Dr. Philip B. Berger wrote a civilized opinion piece for the Star on the negotiations, Toronto family doctor Geoffrey Forbes sneeringly wrote on a members-only Facebook forum that Berger needed a tranquilizer. Toronto family doctor Ira Bernstein suggested Clopixol, used to treat schizophrenia. It implies contempt for their patients suffering from anxiety and psychosis.

I will not be seeing Dr. Oswaldo Ramirez, who wrote “P---y, you son of a whore. Why don’t you go and suck Berger.” But then he lives in Alliston, where I do not. Both his straight and LGBT patients will be worried.

My father was a surgeon, which was an asset because I got my ears pierced for free. Now I try never to see male doctors because it makes me feel like a teenager asking to borrow the car. My current splendid doctor — she makes house calls — is retiring this year. I daren’t name her lest her office get egged.

I once received an email from a Spicer-type almost identical to the 1993 letter of complaint Spicey sent to his college newspaper after it referred to him as “Sean Sphincter.” Spicey wanted an apology — it doesn’t appear he got one — and has hated journalists ever since. Enter Melissa McCarthy! “I’d like to begin today by apologizing on behalf of YOU to ME for how you have treated me for these last two weeks, and that apology is NOT accepted.”

At this point, it might be best for doctors to acknowledge what police and university professors also don’t. For various reasons, they have “associations” fighting their cause. What they need is a real union.

Unions operate by rules, precedents and solidarity. Members call each other “brother” and “sister” for a reason; it replaces epithets when negotiation prep gets heated.

Doctors are unsupervised employees, self-regulated and worryingly overconfident about their talents and public popularity. Revelations about how they treat each other, added to stories about how easy it is for sex-offender doctors to keep their licences, shake public confidence.

The government has a weapon or rather a nuclear option: adding doctors to the Sunshine List of those highly paid by government.