It would be ideal if every person who has something important – and largely, secret — to reveal to the public through the media about matters of public interest could be fully identified.Clearly, readers would prefer that: numerous credibility... 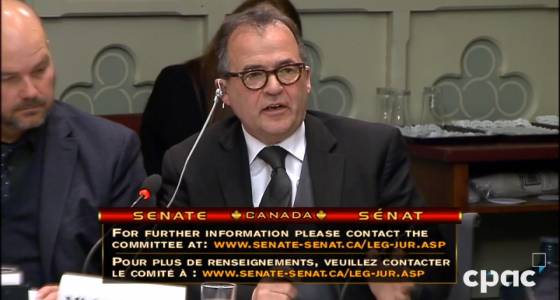 It would be ideal if every person who has something important – and largely, secret — to reveal to the public through the media about matters of public interest could be fully identified.

Clearly, readers would prefer that: numerous credibility studies tell us readers most believe news reports that fully identify sources and question those reports that rely heavily on confidential, unnamed sources. The Star’s journalistic standards guide reflects this, stating that “the public interest is best served when news sources are identified by their full names.”

That is a lofty ideal, however, and largely impossible for any journalist or news organization that vigorously pursues investigations in the public interest. The reality is that some sources who have vital information they believe the public should know often cannot reveal their identities to the public. They require anonymity and journalistic protection.

Sometimes these sources livelihoods are at stake; sometimes their personal safety; sometimes both. In order to reveal what they know, such sources need to know with all certainty that their identities will remain confidential to the public and that journalists could not be forced to turn over any information about them to legal authorities.

In Canada, journalists can and do promise some sources confidentiality and make clear that they are not in the business of turning information over to the state. But as things stand now, Canadian law does not fully support these critical journalistic promises.

That is why editors of news organizations across Canada went to Ottawa last week to express their support for an important Senate bill that aims to more fully protect confidential sources from unwarranted police intrusion.

As the Star’s Alex Ballingall and Bruce Campion-Smith reported last week, this bill aims to amend two government laws — the Evidence Act and the Criminal Code — to protect journalists’ sources from being identified or placed under surveillance by police.

The changes would stipulate that the identity of sources would be revealed to authorities only in rare circumstances, and would involve a hearing before a judge to determine whether the information could be obtained in any other way.

Speaking before the Senate committee studying the bill, Michael Cooke, the Star’s editor, made a strong and compelling case for why this bill ought to be made the law of our land. As he told the committee, Canada is one of only a few Western democracies without some form of a “shield law” that protects the essential journalist-source relationship.

Cooke cited the Star’s investigation into allegations of crack cocaine use by former Toronto mayor Rob Ford, as a story “rooted in a series of whistleblowers” and that led, ultimately, to Ford admitting he had lied about his drug use. Clearly, this was an important matter of public interest.

“What people sometimes forget, or do not know, is that many journalistic investigations begin with a reporter being given confidential information from a whistleblower,” he said. “Like the proverbial pebble starting an avalanche, sometimes all it takes is a concerned citizen or civil servant confiding in a reporter.

“The basis of this is confidence, it is trust, trusting the journalist,” Cooke said. “If whistleblowers fear that their identity will be revealed, through a search warrant or judicial order targeting a journalist, they will be much less likely to come forward.

“The changes we seek today will protect good journalism from baseless interference from the police and frivolous investigations that serve only to have a chilling effect on the whistleblowers and sources that turn to the media seeking to right wrongs in our society,” The Star’s editor said.

Indeed, these serious concerns about source protection have taken on considerable urgency in Canada given recent revelations that investigators with Montreal’s police force spied on a newspaper columnist to find out which of its members was leaking information to the media.

Such police monitoring of journalists is a serious threat to freedom of the press. Democracy depends on courageous sources who tell journalists things that powerful people seek to keep secret and on those sources knowing that the law protects their confidentiality.

Indeed, this private member’s Senate bill matters to journalism and to democracy. On this, I concur fully with the Star’s editorial published earlier this week: “The government should heed the call from newspaper editors across the country and support a Senate bill that would protect freedom of the press.”