South Korea and the United States conducted an annual joint military exercise Wednesday despite the move being slammed by North Korea as provocation. The drills come amid heightened tensions in the Korean peninsula following the Kim Jong Un regime's... 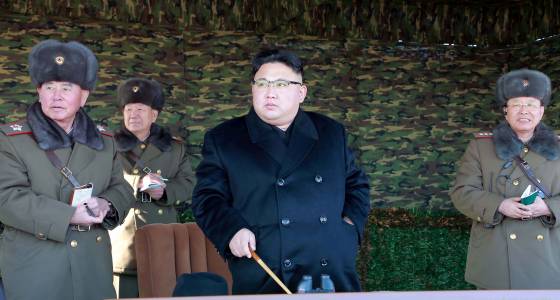 South Korea and the United States conducted an annual joint military exercise Wednesday despite the move being slammed by North Korea as provocation. The drills come amid heightened tensions in the Korean peninsula following the Kim Jong Un regime's recent missile test.

Washington also reportedly plans to send strategic assets, which include aircraft carriers and military vehicles, amid North Korea’s increasingly hostile actions and nuclear defense proliferation. The USS Carl Vinson aircraft carrier, the F-35 aircraft, and the B-1B and B-52 bombers are likely to be part of the joint exercise, Yonhap reported.

Concerns over North Korea's nuclear attack grew after Pyongyang on Feb. 12 tested an intermediate-range ballistic missile, which is capable of carrying a nuclear warhead.

Last week, satellite images obtained by a website monitoring the reclusive nation showed activity at Pyongyang's Punggye-ri nuclear test site. The images that were taken Feb. 18 showed continued low-level activity at many locations within the installation, according to 38 North.

On Tuesday, a senior administration official said President Donald Trump believes the "greatest immediate threat" to the United States is North Korea. The official, who spoke on the condition of anonymity, told CNN that Trump believes North Korea's leader Kim Jong Un "may be crazy."

Pyongyang has been accused of violating the nuclear weapons program with its ballistic missile tests forcing the United Nations to hit it with tough sanctions.

Most recently, further concerns were raised over North Korea's actions after rumors surfaced that Pyongyang may have orchestrated the assassination of Kim Jong Un's half-brother Kim Jong Nam as a sign of the country's capabilities.