A scapegoat for the Rivington Street scandal

It sure looks like Ricardo Morales is being set up as City Hall’s scapegoat for the notorious Rivington Street flip.Yes, as deputy commissioner at the Citywide Department of Administrative Services, Morales OK’d the lifting of deed restrictions on the... 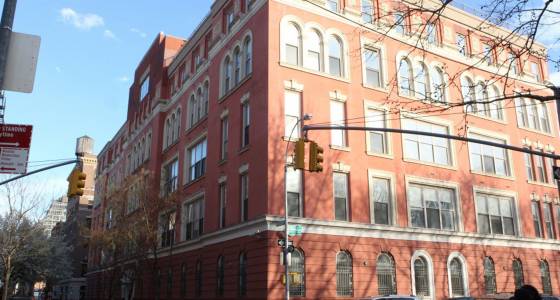 It sure looks like Ricardo Morales is being set up as City Hall’s scapegoat for the notorious Rivington Street flip.

Yes, as deputy commissioner at the Citywide Department of Administrative Services, Morales OK’d the lifting of deed restrictions on the Lower East Side nursing home — letting the developer turn the site into luxury housing for a $72 million profit. But he wasn’t remotely the highest-ranking official involved.

After all, it’s been seven months since city Comptroller Scott Stringer issued a damning report that put the lie to de Blasio’s insistence that the fiasco was an innocent mistake.

Stringer found the process, dating back to the start of de Blasio’s term, involved “dozens of Administration officials, including three Deputy Mayors, the Directors of the Mayor’s Offices of Intergovernmental Affairs and Contract Services, three City Commissioners and numerous members of their staffs.”

That is: Morales was hardly going rogue.

Many of these officials knew the powerful union 1199SEIU was pushing for the OK, yet none is said to have told the mayor, or First Deputy Mayor Tony Shorris, what was going on, despite vocal community opposition, until the deal was done.

US Attorney Preet Bharara is probing whether this involved more than massive incompetence. Either way, one relatively lowly deputy commissioner shouldn’t be the only one losing his job.