on Friday, several people were hit by gunfire during a skoleskyderi in the city of Torreón in northern Mexico. It writes the local media as well as the AFP ne 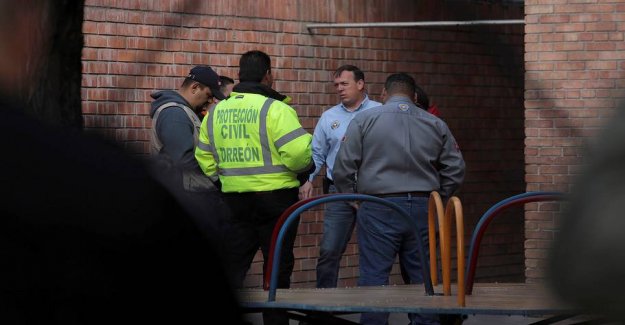 on Friday, several people were hit by gunfire during a skoleskyderi in the city of Torreón in northern Mexico.

It writes the local media as well as the AFP news agency.

Two persons are at present reported killed. There is talk about a 12-year-old student and a teacher.

Several persons are at the same time been injured during the shooting, which began at the nitiden local time.

emergency personnel carrying one of the wounded out of an ambulance. Photo: Ritzau Scanpix

A woman reacts to the shooting in the city of Torreón. Photo: Ritzau Scanpix

the Offender is reported between eight and 12 years old. There is as yet no information on whether he is detained or killed during the shooting.

Photos on Twitter, however, shows that a boy lies dead on the school walk close to a gun, which may be used by the offender.