The industry has reached a consensus: Here's the deal

CO-Industri and Dansk Industri has reached an agreement on the industry area. It contains among other things an agreement that the employer pay the full salar 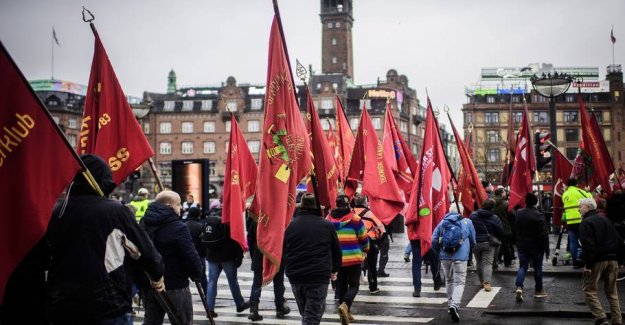 CO-Industri and Dansk Industri has reached an agreement on the industry area.

It contains among other things an agreement that the employer pay the full salary during parental leave in a total of 16 weeks. The eight weeks are earmarked for the father.

It tells the parties at a press conference in the House, where the agreement will be presented.

- Here, I think we can say that the social partners take responsibility for a more equitable distribution of the leave, " says Lars Sandahl Sørensen, director of Dansk Industri.

There is talk about both the Industry Agreement for skilled and non-skilled workers as well as the Industry's Funktionæroverenskomst for technical and administrative salaried employees.


the Parties have also agreed that paid sick leave be increased from the current 9 weeks to 14 weeks, and that the apprentices receive a pension from the day they turn 18 years instead of 20 years as of today.

CO-Industri negotiates for eight trade unions with the Danish Metal's president Claus Jensen in the lead.

In all, there must be negotiated agreements for 600,000 employees in the private sector at the beginning of 2020. The industry is traditionally the area where you first when an agreement - which sets the tone for the remaining negotiations.

Since the parties announced the start of negotiations was one of the central themes of the wage increases.

On the one hand, argued the employers in the Danish Industry for restraint, because it was thought to see difficult times ahead for the Danish economy.

On the other hand, it sounded from the employees, employers have experienced good times under the previous agreement, and that it now may be the time to let it trickle down on the floor in the form of increases in salary.