president of Lebanon, Michel Aoun, has asked the country's army and commanders to restore order in central Beirut. It comes, while the police and demonstrato 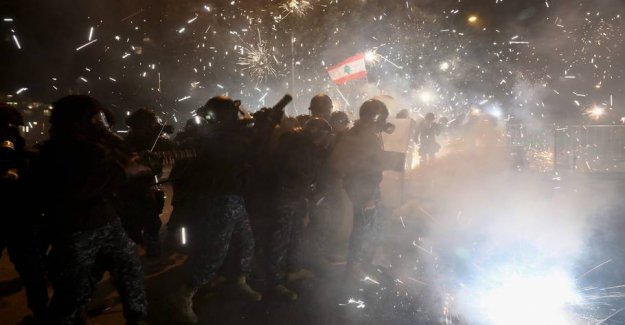 president of Lebanon, Michel Aoun, has asked the country's army and commanders to restore order in central Beirut.

It comes, while the police and demonstrators on Saturday evening clash in the city streets, writes the news agency Reuters.

Aoun asks the military forces to "protect the safety of peaceful protesters, and public and private property in the Heart of the centre", informs his office.

According to the AFP, there are clashes between police and protesters at parliament. Here, the demonstrators tried to penetrate into the parliament building.

the Participants throw stones at the security forces, which responds with tear gas.

According to the Lebanese Red Crescent is the 30 wounded people were taken to hospital, while 45 others are under treatment at the site.

the Protesters themselves are saying that over 100 people are injured.

Lebanon has ago 17. October has been hit by large protests against the government.