The OLYMPIC boss is extremely concerned about the virus

The executive director for the OLYMPIC games in Tokyo, Toshiro Muto, is "extremely concerned" for the influence of the outbreak of coronavirus can potentially 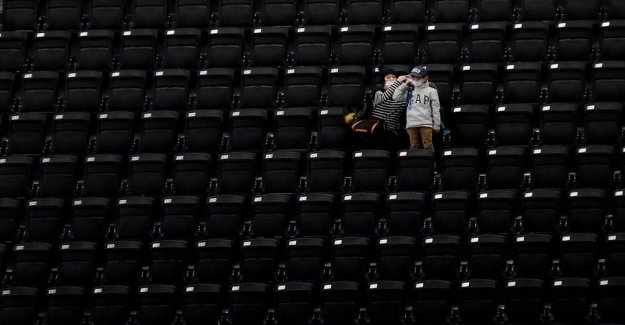 The executive director for the OLYMPIC games in Tokyo, Toshiro Muto, is "extremely concerned" for the influence of the outbreak of coronavirus can potentially have at the summer olympics.

It says the OLYMPICS-head Wednesday before a meeting of The International Paralympic Committee (IPC).

- We are very extremely concerned, in the sense that the spread of the contagious virus can put a damper on the OL's momentum, said Toshiro Muto, according to the AFP news agency.

- I hope it can be quelled as soon as possible. We have plans to work with the IOC (The International Olympic Committee, ed.), The IPC, the government and the city of Tokyo in order to get the disease for life.

IN the IOC exhort you to sobriety.

- We have full confidence that the relevant authorities, especially in Japan, China and the world health Organization (WHO), will take the necessary steps to deal with the situation, says an IOC spokesperson, according to AFP.

- the Preparations for the OLYMPICS in Tokyo will continue as planned.

Coronavirus has been confirmed in more than 20 countries. The disease has caused almost 500 deaths and at least 24.000 chinese are infected.

See also: Rejoicing at the OLYMPICS: There is a world of difference

The new virus can be a problem for the OLYMPICS. Photo: Kim Kyung-Hoon/Ritzau Scanpix