'Hope the sandwich was good ...' sounded the caption on Kevin Magnussens official Instagram after a plastic bag was stuck in the frontvingen, which blew the d 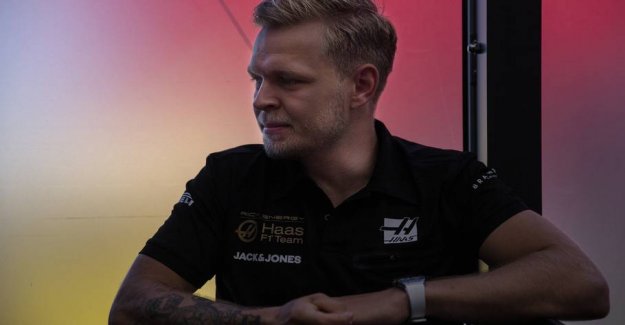 'Hope the sandwich was good ...' sounded the caption on Kevin Magnussens official Instagram after a plastic bag was stuck in the frontvingen, which blew the dane's chance for points in Singapore.

For the next race in Sochi one could read that the dane had plans 'to run from 0-100 really fast and win the 13 locations through the first turn'.

When he crashed during the qualification at Suzuka, there was just posted an emoji of a shit, 'because it was the best way to describe what had happened’.

the Humour and honesty was something of a change, for the Formula 1 star's social media belongs to the more fresh.

Hope the sandwich was good...

A spread shared by Kevin Magnussen (@kevinmagnussen) the

But there was good reason for the different tone:

- It was because I had some to manage my Instagram completely. I haven't even had the app. At all. I got the urge to try it again, so I took over and wrote itself the text. But I think already, it is boring again, so I have given it back, explains Magnussen to Ekstra Bladet.

- But I could see that it gave no more commitment from the consequences. They could feel that it suddenly was to me. So I try to keep myself a little bit involved in it. But I think it is a bit boring, and it takes much of one's focus.

- So is it also not important. I don't want to have the app on my phone, says the bank, if Instagram only follows two people; Jan Magnussen and mrs Louise.

We'd like to be taken seriously as a team.. Thanks

the Season was, however, connected with a small private of the Magnussens little sister, which lubricates his helmet into the chocolate mousse before qualifying, which was popular at the 354.000 followers.

And since the bank had come home from Abu Dhabi, he put a rarely privatbillede up. A walk in London with his niece, where for the first time in Instagram-the career sees the face of his viv.

the Impact has been to make it one of the year's most 'likede' images.

Nice to be back in London, relaxing after a long season. Spending December here getting lots of family over to visit before going back to Denmark for Christmas Here's me with Louise and my niece, trying to look like my neck isn't hurting like mad

A spread shared by Kevin Magnussen (@kevinmagnussen) the

Sports and Games unveils: the Whole story behind Haas' downswing