Spain's acting prime minister, Pedro Sanchez, has on Tuesday by a vote in the european parliament secured a new term in office. The socialist Sanchez receive 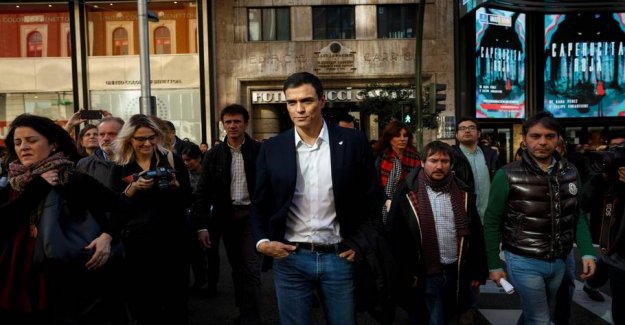 Spain's acting prime minister, Pedro Sanchez, has on Tuesday by a vote in the european parliament secured a new term in office.

The socialist Sanchez received the support of 167 mps, while 165 voted against it. 18 mps abstained from voting.

Sanchez was on Sunday rejected by a vote in parliament. Here, he obtained not the 176 required votes in the 350-member parliament.

The 47-year-old prime minister, however, had a new chance on Tuesday.

Here he had - unlike at Sunday's vote - just needs a simple majority. It will say more yes-votes than no-votes.

Sanchez had previously landed a deal with the Catalan party ERC, who had promised to refrain from voting.

the ERC and socialist PSOE have agreed to initiate negotiations between the government of Spain in Madrid and the Catalan government in Barcelona.