New Coster-Waldau in the centre: - Are you crazy?

A research vessel is attacked off the Greenland coast, while the Arctic council is trying to agree on a deal that prohibits environmentally damaging oil drillin 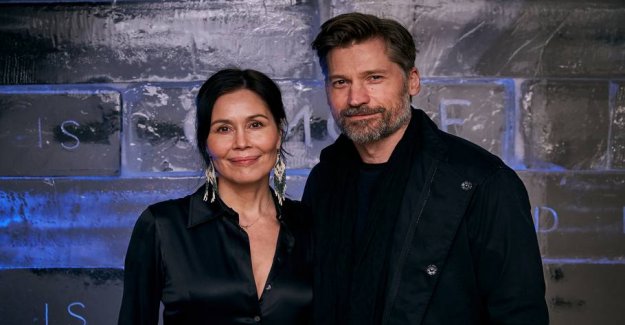 A research vessel is attacked off the Greenland coast, while the Arctic council is trying to agree on a deal that prohibits environmentally damaging oil drilling in the region. Behind the agreement is the Swedish foreign minister Elsa Engström. Her political advisor Viktor is on board the ship, and attacked the more difficult the agreement, and at home in Sweden starts a race against the clock for Säpo-agent Life Hermansson, who is pregnant with Viktor's child.

this is the sound of the plot for C Mores new spændingsserie, who have Danish names such as Nicolas Bro, Iben Dorner and Nukâka Coster-Waldau in the cast.

See also: DR in big roars: - It must not happen

the Latter has for years stood behind her husband, Nikolaj Coster-Waldau, while he has achieved stardom in the skuespillerbranchen - among other things, with a big role in 'Game of Thrones'. But this time, it is her self, which is in the centre.

- I always believe I am in the centre at home, she says with a laugh, and stresses that the series itself means a lot to her.

the Series is important in several ways, but perhaps most with its focus on creating drama on the environment, and not least because it shows the local population as heroes rather than to maintain we greenlanders in a stereotype. And so because it puts the focus on some very serious environmental issues, says Nukáka Coster-Waldau.

While she is at home, when she is in the centre private, then it is immediately something else, when it's about to be a public person.

The Danish names in the cast, among others, Iben Dorner, Nicolas Bro and Nukâka Coster-Waldau. Photo: Kristine Havemann/C More

Nikolaj Coster-Waldau was on Thursday evening on the sidelines for the preview screening, and he looks forward to seeing his wife unfold on the screen. However, it has been small with good advice from verdensstjernen.

- It is wonderful to experience, and I am looking forward very much to see the series. I have at home, of course, seen some clips, and talked with her about the series, and it looks really nice out, I think.

- She has both a big role in the series, been an assistant to the director and helped with the texting, so I've since followed a little with at home, but I have not given her good advice along the way – dare you to even give your wife good council? Are you crazy, no, he says with a laugh and continues:

- Now I am actually just going to watch the series and find her in the role of Ina, says Nikolaj Coster-Waldau.

The role can he - and all other viewers - experience her in, when the 'Thin ice' will premiere 3. February at C More.