A 63-year-old Russian historian specializing in the French emperor Napoleon has admitted to have killed and dismembered his 24-year-old mistress. It informs h 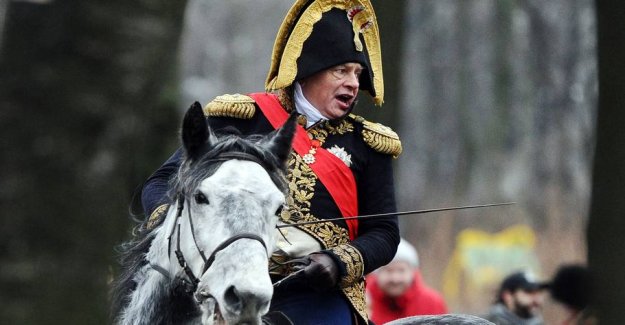 A 63-year-old Russian historian specializing in the French emperor Napoleon has admitted to have killed and dismembered his 24-year-old mistress.

the Historian, by the name of Oleg Sokolov was arrested Saturday after he was found in a river at the Russian city of Saint Petersburg.

With him he had a backpack, which lay in the arms of a woman.

The prominent Russian historian, was allegedly drunk and fell in the icy river, while he tried to rid of woman's body parts.

- He has admitted his guilt, saying Sokolovs lawyer.

the Lawyer adds that Sokolov probably have been mentally unstable.

He is an older person, says the lawyer, adding that Sokolov is being treated for supercooling at the hospital.

The 63-year-old historian has, according to local media, told investigators that he killed his mistress following an argument. Subsequently sawed her head, arms and legs of the body, says.

He was reported to have planned to commit suicide dressed as Napoleon.

Oleg Sokolov received in 2003, the prestigious French order of the Legion of honour. He has written several books on the French Napoleon.

He also worked as a counselor at several different film about the emperor.

Students at the Sorbonne University, where Sokolov has taught, call him both a talented and mentally unstable teacher.

Police found the 24-year-old elskerindes dismembered corpses in the Sokolovs home along with a saw filled with blood.