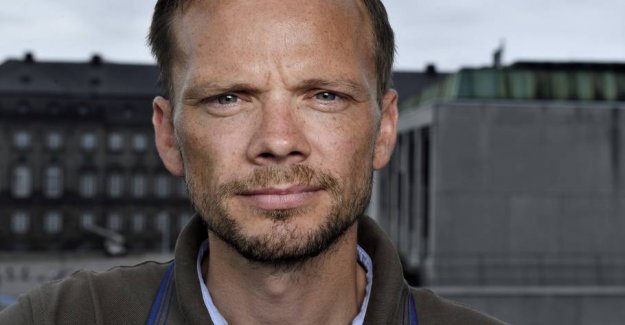 minister for Employment Peter Hummelgaard (S) joins in the furious chorus of critics condemning a Tight Course-demonstration in front of The Islamic Religious affairs on Friday.

'Pigs. Damn pigs. Nothing less,' writes the minister on Twitter.

the Minister explains in the commentary track on Twitter, he responds to what I believe is pure evil against a family in grief'.

'no matter what positions one has to the pace and size, then it becomes no more vicious a the kind of here', writes the minister.

Several supporters of the firm participated in the demonstration, which was not interrupted even if a hearse with a barnekiste came to sight.

It has spawned outrage among several Christiansborg politicians, including Søren Espersen (DF) and Jakob Ellemann-Jensen (V).

the Rasmus Paludan, who is the leader of the firm, could not participate in the demonstration. He will, according to the minby.dk does not recognize that there was a barnebegravelse place.

- I do not believe one iota that it was a funeral. You don't leave a hearse open without tending to it, he says to the media.

It is clear, however, of the firm' video of the demonstration, a police officer at the site informs that a funeral is in progress.

The video also mentions that barnekisten and the funeral surprises the firm-the demonstrators, as the back door of the hearse goes up.

Peter Hummelgaard (S) informs, through a press officer in the ministry of Employment, that he has no further comments on the matter.