Anders Walter stroked right to the top of the international filmscene in 2014, when he with his short film "Helium" won an Oscar statuette. the Same year sc 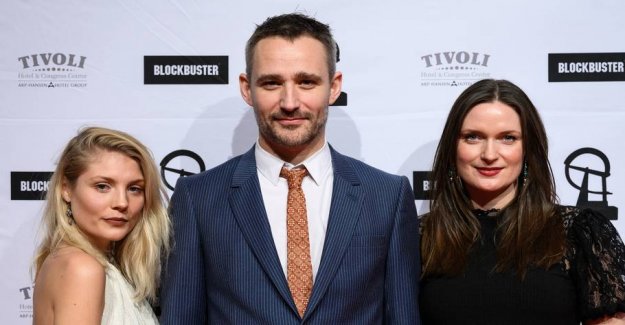 Anders Walter stroked right to the top of the international filmscene in 2014, when he with his short film "Helium" won an Oscar statuette.

the Same year scooped the Brad Pitt award for best film with '12 Years a Slave'.

After the show had Anders Walter and entourage booked a table at a restaurant, where he bumped into just Brad Pitt and his entire entourage. Here it was not quiet.

No one dared to according to the Danish director to go up to talk with Brad Pitt, who sat with the other stars. It was a good game of 'modigvand' change.

When I came in with my Oscar and was well drunk, swept I immediately up to him. Seldom has my confidence been so great. Up to the table and say: 'Hello, I called it and has also won', he says.

Then he remembers not so much, but have subsequently been evening told.

- So I have been told that I like just handed - almost threw - my Oscar in the direction of his to bowls with them. I know that there is a fairly large and vigorous scratching at my statuette, and I have an idea that what exactly is Brad pitt's Oscar, who has given my the scratch, it sounds embarrassing, but very honest story from Anders Walter.

the Article continues below the image.
Here poses Anders Walter Kastrup Lufthavnm for the attending photographers and journalists with his Oscar statuette in 2014. Photo: Rasmus Flindt Pedersen

Immediately you would think that a world star like Brad Pitt has experienced similar and do not like to be approached in the way, but:

They stood up, shook hands and was very polite. Fortunately - in order to take the awkward in the atmosphere, which, like the could have been by it all - there was someone at his table who had seen our short film and was mightily thrilled with it. Then we could happily talk about it, says it with a certain relief.