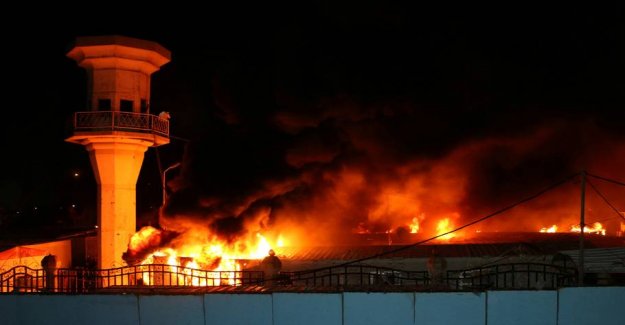 the prime minister has agreed to withdraw, says Saleh, according to CNN.

He adds, that the outgoing prime minister has asked that 'the political blocs reach an acceptable alternative' to prevent the emergence of a political vacuum.

In the beginning of October, broke out violent demonstrations in the iraqi capital, Baghdad. Several have lost their lives during the troubles.

the Worst of it went on Tuesday. At least 18 people lost Tuesday life and more than 800 injured in the iraqi city of Kerbala, when security forces opened fire on demonstrators.

This was stated by the iraqi security authorities to the news agency AP.

Demonstrators have been on the street for a protest over, among other alleged abuses of power, corruption, and high unemployment in the country.