100 containers of bull semen exploded during the fire

About 100 cylinders with bull semen has exploded in connection with a fire in the night on a farm in Yarram, Australia. It writes among other ABC. at Least 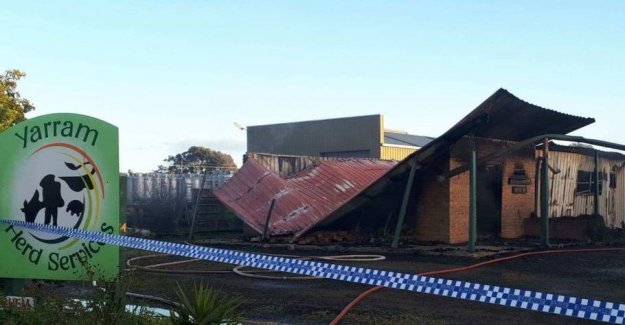 About 100 cylinders with bull semen has exploded in connection with a fire in the night on a farm in Yarram, Australia.

It writes among other ABC.

at Least 30 firefighters moved out of fire since it broke out on the farm at 3 o'clock at night local time. It took them two and a half hours to get the fire under control, and after the explosion of the bovine semen-receptacles had to the employees in time with a major clear-up operation.

Each of the 100 cylinders is estimated according to the ABC to have a value of up to 1000 australian dollars per piece. It is similar to the 4620 Danish kroner.

A spokesman for the fire department in Victoria, tells the Daily Mail that the affected building is burned completely down to the ground.

No one - neither the animals or the people - came fortunately to injury, and the police are continuing to investigate the cause of the fire.