Back in 1920, doctors warned the parents of a premature baby who weighed just two pounds when she was born in Brooklyn that she would die before the day ended.They were off by 96-plus years.Lucille Conlin Horn lived nearly a century thanks to a pioneering... 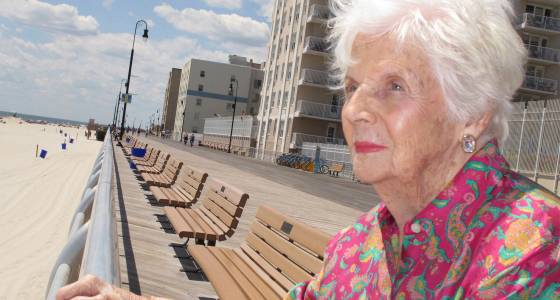 Back in 1920, doctors warned the parents of a premature baby who weighed just two pounds when she was born in Brooklyn that she would die before the day ended.

They were off by 96-plus years.

Lucille Conlin Horn lived nearly a century thanks to a pioneering physician who ran a popular Coney Island sideshow featuring infants being kept alive by a newfangled invention called an incubator, the Associated Press reported Friday.

She was one of thousands of premature babies kept alive by Dr. Martin Couney. He never took money from their parents, but raised funds by charging admission to customers at fairs and carnivals who got a kick out of gawking at infants struggling to stay alive in his “baby farm.’’

Horn had a twin sister who died at birth – but their desperate dad resolved he would save her.

“My father wrapped me in a towel and took me in a cab to the incubator; I went to Dr. Couney,’’ she told the wire service in 2015. “I stayed with him quite a few days; almost five months.

She was buried in Brooklyn, next to her twin sister.

Couney died in 1950. He estimated he saved some 7,500 children before hospitals began using incubators.