Wolfgang Puck vs. Kimbal Musk: Can you trademark 'the kitchen'?

A battle involving companies affiliated with celebrity chef Wolfgang Puck and the right to use "the kitchen" in restaurant names has landed in federal court in Chicago."The kitchen" is a generic term in the restaurant world, Puck's companies... 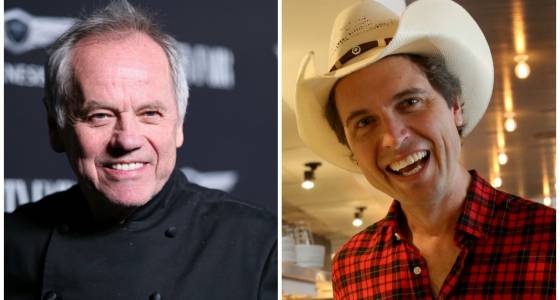 A battle involving companies affiliated with celebrity chef Wolfgang Puck and the right to use "the kitchen" in restaurant names has landed in federal court in Chicago.

"The kitchen" is a generic term in the restaurant world, Puck's companies argue, and any eatery should be able to use it in its name. The defendant in the case, the parent company of The Kitchen restaurant in the River North neighborhood, disagrees.

The suit, filed last week in U.S. District Court for the Northern District of Illinois, asks that the court declare that Boulder, Colo.-based The Kitchen Cafe does not own protectable trademark rights to the term "the kitchen."

"Our view is, people see Wolfgang Puck's name, (and) that's really what they're looking at. 'Kitchen' just tells you this is going to be a restaurant," said Steve Mick, the Los Angeles-based attorney representing Puck's companies. "The folks in Colorado, on the other hand, seemed intent on getting some right to the phrase 'the kitchen' all by itself."

The showdown started years ago, according to court documents.

Kimbal Musk, one of the founders of The Kitchen and brother of SpaceX CEO Elon Musk, allegedly reached out to Puck in 2015 to discuss the confusion that could be caused by opening another restaurant called The Kitchen, according to a complaint The Kitchen Cafe filed last year in federal court in Colorado.

Puck had just announced plans to open a concept called The Kitchen by Wolfgang Puck and, according to the complaint, never returned Musk's calls.

Puck's "use of The Kitchen immediately caused confusion in the restaurant industry and marketplace," according to the Colorado compliant, which The Kitchen Cafe filed against a different Puck entity, Wolfgang Puck Licensing.

Puck is affiliated with bars, restaurants and retail locations around the world, including Wolfgang Puck Express in O'Hare International Airport. Other affiliated concepts with "kitchen" in their names include WP Kitchen and Bar and The Kitchen Counter by Wolfgang Puck.

Wolfgang Puck Licensing filed a motion to dismiss the Colorado complaint, and the judge has yet to rule on the appropriate place for the case to be heard, Mick said. The purpose behind the Illinois filing is to select Chicago as that place.

Both parties have restaurants in Chicago, Mick said. "And we like the fact that within a mile radius of The Kitchen's location in Chicago, there are five or six other restaurants using the phrase 'kitchen.'"

In River North, there's Lyfe Kitchen, Travelle Kitchen + Bar and Doc B's Fresh Kitchen, according to the Illinois complaint. One North Kitchen & Bar is also nearby in the Loop.

"That just sort of underscores our whole point," Mick said. "They don't get to elbow out everybody."

The plaintiffs in the Illinois case are Wolfgang Puck Worldwide, which owns and operates some restaurants, and Wolfgang Puck Express Licensing, which handles franchised locations. Neither company was named as a defendant in the Colorado case.

Trademarks on descriptive words can easily cause controversy, said Matt Grothouse, an associate attorney at Chicago-based Saper Law Offices who is not involved in this case. This suit is evidence of that, Grothouse said.