Santa Rosa police said Sunday the two victims found dead in separate homes Saturday were the father and spouse of Dalton Carlson.Carlson, 32, had been arrested Friday on unrelated drug charges at a home in the 1500 block of Glenbrook Drive. Santa Rosa police... 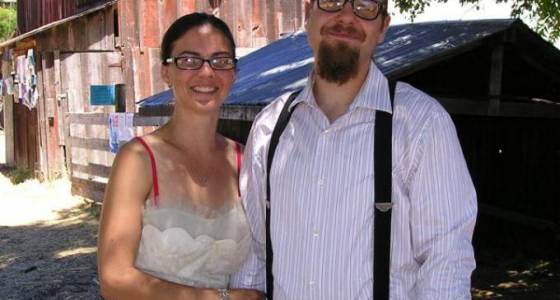 Carlson, 32, had been arrested Friday on unrelated drug charges at a home in the 1500 block of Glenbrook Drive. Santa Rosa police Sgt. Josh Ludtke said Carlson remains a person of interest in the two deaths.

Dale Robert Carlson’s body was discovered just before 11 a.m. Saturday when officers responded to a call about an injured person at a home in the 2600 block of Valley Center Drive near the Montgomery Village shopping center, Ludtke said. Less than two hours later in a house on the west side of town, Ludtke said officers found the body of Jessica Noel Carlson, the 57-year-old man’s daughter-in-law.

Ludtke said Dalton Carlson also was suspected of violating a protective order Jessica Carlson, 37, had filed against him, Ludtke said.

“We’ve working around the clock,” Ludtke said. “We’re trying to determine whether or not he’s responsible for these homicides and what the motives are.”

Ludtke said police are continuing to process the crime scenes, which he described as “violent.” He said it still remains unclear when and how the victims died.

“We’re trying to determine a timeline,” he said.

Dale Carlson, a self-employed carpenter, grew up on Glenbrook Drive, a few doors down from the house where his daughter-in-law died, said his childhood friend, Randy Coppock, 57, who grew upo two blocks from Carlson. They both attended Cook Middle School and then Santa Rosa High School, where Carlson played football, Coppock said.

Even after his friend graduated from high school in 1978, Coppock said they stayed in touch. Carlson was the best man at Coppock’s wedding eight years ago.

“Dale was one of the best people I ever met,” he said. “He had one of those personalities that gathered friends. He was the kind of person you wanted to be around. It’s extremely upsetting. He was absolutely a great guy. He was loved by many.”

Coppock, who found out about his friend’s death through a post on Facebook, said Carlson liked to ride his motorcycle and worked hard as a carpenter.

“He did everything – renovations, remodels,” said Coppock, also is a carpenter who now lives in Vacaville. “(He was) very good at his job.”

According Jessica Carlson’s Faceback page, she attended Elsie High School and worked as a personal assistant through the Becoming Independent program, which helps people with developmental disabilities.

Ludtke previously said it was possible Jessica Carlson already was dead inside the single-family home when officers arrested Dalton Carlson Friday. However, police at that time had no reason to suspect he’d been inside the house and were unable to gain entry, he said.

You can reach Staff Writer Eloísa Ruano González at 707-521-5458 or eloisa.gonzalez@pressdemocrat.com. On Twitter @eloisanews.