Recent heavy rains in California that have flooded rivers and felled trees also likely will spur price hikes on fruits and vegetables in Chicago grocery stores this spring.Parts of California that often suffer from drought have been rocked by storms in the... 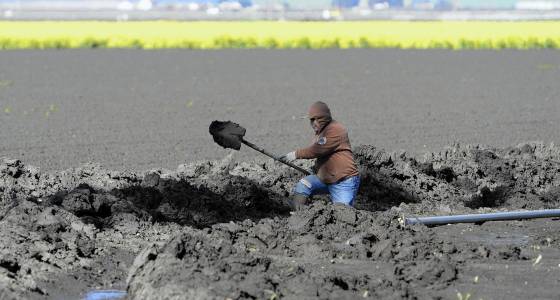 Recent heavy rains in California that have flooded rivers and felled trees also likely will spur price hikes on fruits and vegetables in Chicago grocery stores this spring.

Parts of California that often suffer from drought have been rocked by storms in the past two months, flooding some fields and hindering both planting and harvesting. As a result, Chicago-area shoppers could see price hikes in March and April on items including lettuces, greens, broccoli, cauliflower, celery and strawberries.

In the Salinas Valley, where most of the leafy greens in the U.S. are grown in the spring and summer, delayed planting likely will mean an interruption in supply that will translate to "dramatic (price) increases across the board," said Brian Antle, president of Planttape USA, an innovation arm of Tanimura & Antle, one of the largest farms in the Salinas Valley.

By summer, supply likely will catch up with demand and prices will return to normal, he said.

An early finish of the growing season in Yuma, Ariz., where most of the leafy greens are produced from November to March, combined with delayed planting because of the torrential rains in California, likely will lead to a two-week production gap, Antle said.

Some Chicago grocers are already getting the word out. Signs in some Mariano's produce departments, for example, inform shoppers why they may see shortages of certain produce items.

Steve Jarzombek, vice president of produce for Roundy's stores, which include Mariano's, said the rains have delayed the harvest of citrus in California, but the greater concern will be the supply gap in leafy greens and vegetables approaching Easter.

"Consumers might start seeing price increases over the next few weeks," Jarzombek said.

Most of the impact so far has been on specialty items like baby radishes, baby lettuces and baby carrots, said Peter Testa, president of Testa Produce, one of Chicago's longtime produce wholesalers. Supply of those items is minimal because the tops of the plants were damaged in the rains.

But Chicago-area shoppers may see the most significant price increase on strawberries near Easter, Testa said.

As of now, many of the strawberries in local grocery stores are from shipped from Mexico and Florida. But in the spring and early summer, a greater share of the volume typically is sourced from central California fields that are currently oversaturated with water.

"That would be the one I'm worried about the most," Testa said.

It's too early to tell what impact the California rains will have on Chicago's strawberries, said Carolyn O'Donnell, spokeswoman for the California Strawberry Commission.

Prices are always subject to available supply and strawberries are extremely perishable, she said. On the other hand, California strawberry growers more often contend with the opposite challenge of drought.

For the next week or so, the weather forecast for the Salinas Valley looks favorable, with ample sunshine and little chance of rain. If the fields drain, seeds can be planted and, eventually, fruit can be harvested.

"We've had big gulps of rain instead of steadily throughout the winter. ... Everyone's kind of in wait-and-see mode," said Dave Kranz, spokesman for the California Farm Bureau Federation.

Of course, one farm's production gap in another's opportunity.

In Chicago — and in other urban markets through the U.S. — weather and labor-related volatility in California agriculture have emboldened a new wave of urban farmers. In recent years, companies like Gotham Greens, MightyVine and BrightFarms have set up operations in the Chicago area, partnering with retailers to supply produce grown locally and indoors.

BrightFarms, still in its first year of operation in Rochelle, Ill., expects to produce about 1 million pounds of produce, mostly greens with some tomatoes, in its exclusive partnership with Mariano's.

Paul Lightfoot, BrightFarms CEO, said California's weather woes are exacerbated by an ongoing labor shortage. Still, Lightfoot acknowledged that farms like BrightFarms, which are much smaller in scale than California lettuce growers, aren't likely to replace the "incumbent industry" any time soon.

But the future looks bright for the business model.

"I hate to see this happen to American consumers, but in some ways, it gives us confidence that we're on the right path," Lightfoot said.