LAND O'LAKES — Several Pasco County parents have fought for months to stop their School Board from imposing new school attendance zones, saying the process has been flawed at best.5 Months Ago3 Days Ago5 Months AgoBeginning this morning, a group of them... 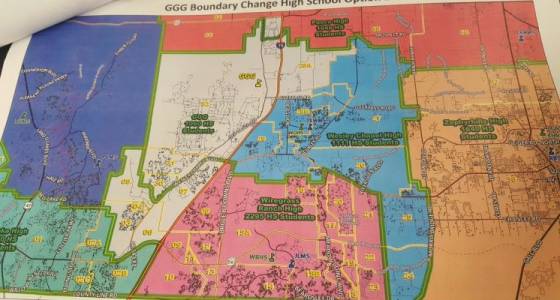 LAND O'LAKES — Several Pasco County parents have fought for months to stop their School Board from imposing new school attendance zones, saying the process has been flawed at best.

Beginning this morning, a group of them will make their challenge more formal.

They will argue before a state administrative hearing judge that the board did not follow its own policy or Florida law when creating the new boundaries, which are scheduled to take effect in the fall. The families have alleged that the district did not give affected parties enough time to present their arguments, nor did the district offer sufficient evidence to explain its recommendations.

District officials have countered that they provided myriad opportunities for public input leading up to the board's final vote on Jan. 17. They also have argued that they went beyond what policy and law require in adopting the new student assignments.

The hearing, which begins at 9 a.m. today in the Pasco School Board meeting room, is directed at rezoning of southwest county middle and high schools. It is expected to run all day and resume Tuesday.

A second hearing involving east Pasco attendance zones will be scheduled to take place in the next few weeks.

Follow reporter Jeffrey S. Solochek on Twitter (@jeffsolochek) for live updates. Visit tampabay.com later in the day for an overview of the day's action.