HADDON TWP. -- The doors of the landmark Westmont Theatre are finally open again, but anyone who saw a concert or film here in decades past won't recognize it if they step inside. The building is now home to Westmont Planet Fitness, which had its ribbon... 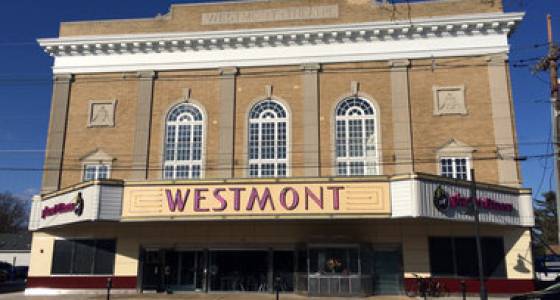 HADDON TWP. -- The doors of the landmark Westmont Theatre are finally open again, but anyone who saw a concert or film here in decades past won't recognize it if they step inside.

The building is now home to Westmont Planet Fitness, which had its ribbon cutting Thursday.

On the outside, the building does not look that different. The name on the marquee is now outlined in purple neon lights and the gym's name is on the marquee sides.

Inside, the space is a modern, spacious gymnasium with a new partial second floor and multiple pieces of medical equipment.

"It would have been easier and more cost effective for us to start with an empty space in a standalone or plaza type environment," said franchise owner William Cassotis. But the Westmont Theatre building, he said, "had so much potential and offered a very unique look."

After years of trying to get the vacant theater redeveloped, the township sold it to Lazgor LLC of Cherry Hill for $50,000 in 2014.

Mayor Randall Teague said last fall that while many residents had dreams of keeping the building as a theater, economic realities made that nearly impossible. It would have cost as much as $5 million to renovate the 1,200-seat theater.

Cassotis declined to say how much the building's renovation cost, but Henry Gorenstein of Lazgor told the Courier-Post it was $2.5 million.

"This was an involved buildout. The building was completely dilapidated and required an overhaul of all major infrastructure," Cassotis said in an email on the day of the ribbon cutting.

In addition to the electrical, plumbing, heating and ventilation work, they had to level the floor, which was previously slanted toward the stage, and add the mezzanine. The partial second floor, which holds mostly cardio equipment, required an elevator to be put in, he said.

After researching the Westmont area, Cassotis said the group "knows" the site is perfect for a Planet Fitness. He called it an underserved market where people were in need of a non-intimidating gym that is "judgement-free."