Jessica Carlson didn’t keep concerns about her husband, Dalton Carlson, to herself. Months before she was found dead Saturday in her west Santa Rosa home, she had begun talking and texting with friends and family, worried his drug use was spiraling out... 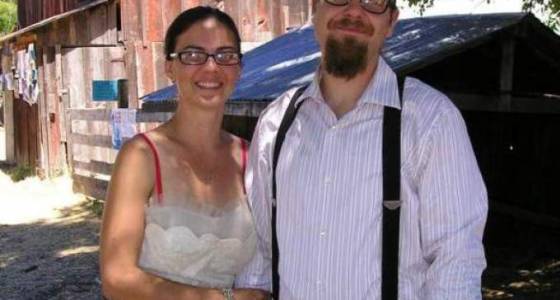 Jessica Carlson didn’t keep concerns about her husband, Dalton Carlson, to herself.

Months before she was found dead Saturday in her west Santa Rosa home, she had begun talking and texting with friends and family, worried his drug use was spiraling out of control. She’d recently used the term “toxic psychosis” in a conversation with a friend to describe her husband’s violent, out of control behavior when he was coming down from a high.

But she was also optimistic, buoyed by a “peaceful contact” restraining order granted by a Sonoma County judge and dreams of moving to Oregon.

“She seemed like she was OK, maybe a little concerned, but she was dealing with him,” said her father Robert Binkley of Salem, Oregon.

Wednesday afternoon, Dalton Carlson, 32, is scheduled to face two murder charges in a Sonoma County Superior courtroom for the killings of his wife and his father, Dale Carlson, 57, of Santa Rosa. They died in separate, brutal attacks in their homes sometime Thursday or early Friday.

Santa Rosa Police Sgt. Josh Ludtke declined to say how they died, but he said the assaults involved more than one weapon. Detectives were still analyzing the large volume of evidence collected from two separate, gruesome crime scenes as well as two vehicles, including his father’s Hyundai sedan he may have driven from one crime scene to the next.

He said the motives behind the killings remain unclear.

“There are a lot of people who said Dalton is troubled and is a scary guy and involved in drugs,” Ludtke said. “Even if we have enough information for probable cause to arrest, that doesn’t always give us closure as to why.”

Dalton Carlson had seemed like “a happy-go-lucky party guy,” said a longtime friend of Dalton and Jessica, Rivers La Barge, 41, of Forestville. La Barge said he’s known them since the mid 1990s when they were teenagers hanging out at Aroma Roasters in Railroad Square and partying at Russian River beaches.

Carlson first married Dalton Carlson’s half-brother, and the couple had two daughters. But she fell in love with Dalton Carlson, got divorced and they married in 2009.

Dalton Carlson grew marijuana for sale, and Carlson worked as an in-home service provider for developmentally disabled adults. Her daughters, now about 15 and 18 years old, spent time living with Carlson and their father’s family.

La Barge said Jessica and Dalton seemed happy until about six months ago. Jessica Carlson had grown up and was trying to be responsible, he said, determined to take care of the family. Dalton Carlson still seemed focused on finding the next party, he said.

“He was trying to fix himself by doing more drugs. It went down hill, and this is the worst ending we could have anticipated,” La Barge said. “It’s so far beyond what you’d think a happy go lucky party guy would do.”

La Barge and his wife, Sterlene Twitty La Barge, had been encouraging Jessica Carlson to make a break. The couple are planning a move to Oregon and asked her to join them, most recently about a month ago when they were all together at Carlson’s house.