On Feb. 9, at a closed-door meeting with a group of U.S. senators. Donald Trump claimed that both he and former New Hampshire Sen. Kelly Ayotte would have been victorious in the Granite State last fall if not for the "thousands" of people who were... 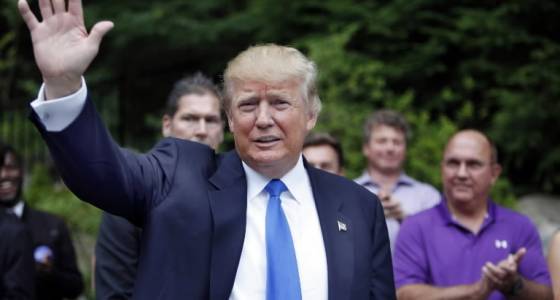 On Feb. 9, at a closed-door meeting with a group of U.S. senators. Donald Trump claimed that both he and former New Hampshire Sen. Kelly Ayotte would have been victorious in the Granite State last fall if not for the "thousands" of people who were "brought in on buses" from neighboring Massachusetts to "illegally" vote in New Hampshire, according to a Politico report.

Three days later, White House senior policy adviser Stephen Miller claimed on national television that 14 percent of noncitizens are registered to vote in the United States. "We know for a fact, you have massive numbers of noncitizens registered to vote in this country," Mr. Miller said during an appearance on ABC's "This Week With George Stephanopoulos." "The White House has provided enormous evidence with respect to voter fraud."

The claim of "massive voter fraud" in the 2016 election is false.

But Mr. Trump and his surrogates have repeated it so often that, according to a Politico/Morning Consult survey, 25 percent of American voters now believe that millions of votes were cast illegally in the 2016 election.

What do we do when we have a president and White Housesurrogates -- along with enablers in the right-wing media -- who continuously lie about something as fundamental to our democracy as whether we've got massive voter fraud?

The answer is we find the truth. We spread the truth. We continue to speak the truth. And we use every chance we have -- in op-eds, in letters to editors, in local media, in national media -- to state the truth.

And we demand that big lies like this be corrected.

A new report on voter fraud from the Brennan Center for Justice confirms that multiple nationwide studies have uncovered only a handful of incidents of noncitizens voting. Based on state prosecution records, votes by noncitizens account for between 0.0003 percent and 0.001 percent of all votes cast, according to the report.

Election officials agree that noncitizen voting in our elections is not a problem. The National Association of Secretaries of State, whose Republican-majority membership includes the chief elections officers of 40 states, said they "are not aware of any evidence that supports the voter fraud claims made by President Trump."

Federal law and the laws of every state bar noncitizens from registering to vote or voting in elections. Experts believe that the severity of the penalties for violating these laws serve as a significant deterrent. Also, it is relatively easy for a noncitizen to get caught.

There is no evidence of voter fraud in the 2016 election.

What about those "busloads" of thousands supposedly brought into New Hampshire to vote illegally?

Never happened. When he heard the claim, New Hampshire's former attorney general and prominent Republican Tom Rath tweeted: "Let me be as unequivocal as possible -- allegations of voter fraud in NH are baseless, without any merit -- it's a shame to spread these fantasies."

Trump's false assertion of massive voting fraud is intended for one purpose: to legitimate more voter identification laws around the country.

The purpose of these laws is to further entrench Republican officials.

New research from the Washington Post shows a significant drop in minority participation in places with such laws -- which is no surprise, since members of racial and ethnic minorities are less likely to have photo IDs.

The research also shows that because minority voters tend to be Democrats, voter ID laws tilt the primary electorate, more than doubling the turnout gap between Republicans and Democrats, from 4.3 points to 9.8 points.

One of the most important common goods in our society is the truth about our democracy. Mr. Trump is pulverizing that truth -- laying the groundwork for more state restrictions on access to the ballot by American citizens.

This is beyond shameful.

Robert Reich, a former U.S. Secretary of Labor, is professor of public policy at the University of California at Berkeley and the author of "Saving Capitalism: For the Many, Not the Few," now available in paperback. His new film, "Inequality for All," is now out on Amazon, DVD and On Demand. His daily blog is at www.facebook.com/RBReich/.