In the wake of mass shootings at the Pulse nightclub in Orlando and at the Fort Lauderdale airport, Florida lawmakers are expected to act on a series of bills to expand where people can carry their guns.The bills would allow concealed-carry permit holders... 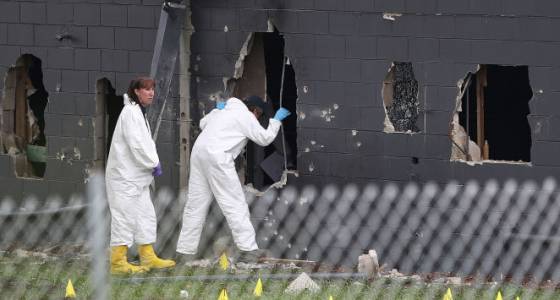 In the wake of mass shootings at the Pulse nightclub in Orlando and at the Fort Lauderdale airport, Florida lawmakers are expected to act on a series of bills to expand where people can carry their guns.

The bills would allow concealed-carry permit holders to carry their guns in airports, schools, police stations and polling places, and on college campuses.

Republican House Speaker Richard Corcoran supports expanding the list of where permit holders can carry their guns, possibly as a way to avert attacks.

"Most of these mass shootings take place in arenas where you're not allowed to have a concealed weapons permit," he told WFOR-TV in Miami on Feb. 12. (By "arenas," Corcoran seemed to be referring to places in general.)

Corcoran argued that people who commit mass shootings say they chose certain areas because they "knew nobody had guns." That's an interesting but separate question from the focus of this fact-check.

Claims about mass shootings in gun-free zones are more complicated than they seem.

Corcoran's spokesman said he was referring to the number of mass public shootings compiled by economist John Lott, president of the pro-gun Crime Prevention Research Center.

The first issue is there is no universal definition of a mass shooting — even the federal government has cited various criteria.

Lott included mass shootings in which four or more were killed in public, and he excluded those that occurred within the commission of another crime, such as an armed robbery.

Between 1988 and 2015, about 3.8 percent of mass shootings occurred in areas where guns were allowed, according to his data.

In the book Rampage Nation, University of Massachusetts at Boston professor Louis Klarevas said Lott has used too loose a concept of gun-free zones.

Klarevas disagrees with gun advocates who define a "gun-free zone" as simply an area that bans private citizens from carrying a gun. For example, Lott characterized Fort Hood and Washington Navy Yard, military sites attacked by gunmen, as gun-free despite the presence of armed security.

"There's an obvious logical problem with such a conceptualization: How can a place be a gun-free zone if guns are present?" Klarevas wrote. "The implication is that rampage shooters are only deterred by armed civilians, not by armed guards and cops. But that's an absurd suggestion."

With these categories, Klarevas examined 111 shootings since 1966 in which six or more people had been killed in each incident, regardless of whether it occurred in a public or private location, or if it was in the commission of another crime.

Because Klarevas includes mass shootings in private homes or during the commission of another crime, his count captures several incidents that Lott does not.

The two also disagree on how to characterize whether guns were allowed at certain locations. Lott says that the shooting at Umpqua Community College in Oregon was in a gun-free zone and points to a school policy that bans possession of firearms "except as expressly authorized by law or college regulations."

Umpqua Community College spokeswoman Anne Marie Levis has said the school's gun-free policy didn't apply to students with a valid permit. "UCC was never designated as a 'gun-free zone' by any signage or policy," she said.

Corcoran was citing research from a pro-gun advocate. But advocates of gun control have argued the data isn't so clear cut. Overall, the evidence remains murky and depends on how researchers define "gun-free" or "mass shooting."

We rate the claim Half True.