Joseph Clark, special to cleveland.com  Driving Under Suspension, Bagley Road: Feb. 21, a driver was cited for speeding, and given verbal warnings for not wearing a seatbelt and for displaying dealers' tags after their expiration date.  The driver's... 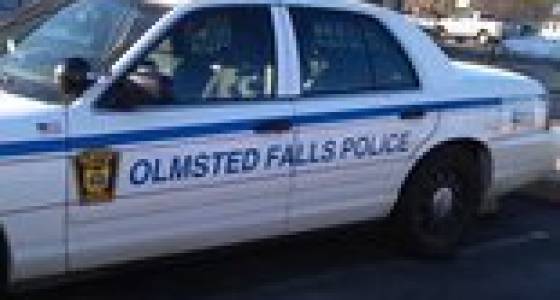 Driving Under Suspension, Bagley Road: Feb. 21, a driver was cited for speeding, and given verbal warnings for not wearing a seatbelt and for displaying dealers' tags after their expiration date.  The driver's car was also towed.

Suspicious Situation, Falls Pointe Drive: A pedestrian observed a driver traveling on the wrong side of the road Feb. 22. When the pedestrian tried to alert the driver (who was operating a newer, dark-colored BMW), they were almost struck by the car. Police sought out the vehicle, which had been driven in the direction of Sprague Road. They were unable to find a car matching the pedestrian's description.

Drug Paraphernalia, Columbia Road: After Olmsted Township police stopped a car which was almost driven over the curb, the driver was issued for possession of marijuana and related paraphernalia.

Marijuana Possession, Mapleway Drive: Shortly before 1 a.m. Feb. 24, a resident called police over a white SUV parked in her driveway that she did not recognize. Police confronted the SUV's driver, and detected the smell of marijuana. He was cited for possession of the drug.

Intoxicated Driver, Bagley Road: Around 7:10 p.m. Feb. 24, a caller at a bar told police that an apparently intoxicated man trying to enter his car had stumbled and swung his door into another vehicle. Police searched the area for the driver, but were unable to locate him.

Intoxicated Driver, Columbia Road and Lindberg Boulevard: Between 10:45 p.m. Feb. 25 and 12:15 a.m. Feb. 26, two drivers were cited for driving intoxicated. One was arrested.