New in audiobooks: 'The Girl Before,' 'The Whistler,' 'The Spy' and more 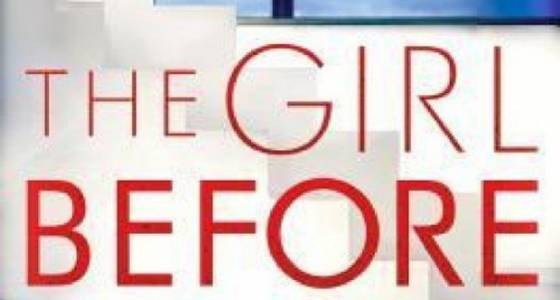 This erotic thriller draws you in from the first word, but it doesn't always keep you in suspense. The main character is a minimalistic house designed and controlled by an eccentric architect who screens all possible tenets. Williams is believable as Emma, a psychologically fragile tenant who lived in the house prior to Jane, who is narrated with a seemingly more sympathetic approach by Fox. Nothing (and no one) is what it appears, but one desperately wishes the ending had been less clunky and given more thought by Delaney (Tony Strong's pseudonym). The dark sexuality of the story almost belongs in another novel and detracts from what could have been a tighter thriller. Grade: B+

John Grisham sticks to his formulaic pattern once more, and once more it entertains. The theme is injustice, this time in the form of a corrupt judge and a band of thugs who are skimming money from a casino run by Native Americans. There are few twists and turns in this straightforward thriller, but it is so solidly written as to engage one throughout. Campbell varies her tone and creates a cast of characters, though a few sound too similar and male voices are not her strong point. The ending unfolds too quickly, but the corruption at the story's core is fascinating, because it appears plausible and easily accomplished. Grade: B+

This short novel attempts to bring back to life Margaretha Zelle, better known as Mata Hari, whose short life ended by French firing squad in 1917 for being a German spy during World War I. It is never really clear if she was guilty, and Coelho leaves us with so many unanswered questions it's easy to feel you've heard but half a novel. What we do have is well-written and engaging, thanks in part to Huber, who reads with an unspecified European accent that is slightly arch, rather dramatic and very well-suited to the attention-seeking Hari. Boehmer, as her lawyer, is more somber, delivering a believable French accent. Grade: B

The Daily Show: An Oral History

True fans will no doubt love this blow-by-blow report of Comedy Central's "The Daily Show"; the rest of us may not want to commit to all 16 hours. This serious account of funny man Stewart and his humorous approach to the news may be revelatory, but one wonders how much we really need to know about a TV show. That said, this was painstakingly constructed with many, many clips from the people who worked in front of the camera and behind the scenes for almost 17 years. Consider reading this instead, as you can skim past the more sycophantic sections in favor of social commentary and sharp humor. Grade: B-

O'Gorman is a critic in Massachusetts.