Immigration Judge Susan Castro faced a string of men in orange jail uniforms and shackled hands in her Fort Snelling courtroom on a recent Thursday. The morning was reserved for appearances by immigrants in detention, and Castro listed their options, from... 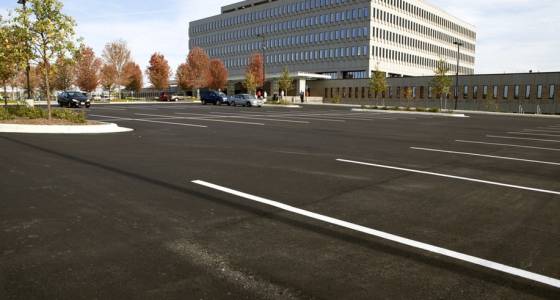 Immigration Judge Susan Castro faced a string of men in orange jail uniforms and shackled hands in her Fort Snelling courtroom on a recent Thursday. The morning was reserved for appearances by immigrants in detention, and Castro listed their options, from filing an asylum application to volunteering to fly back to their home countries.

Her soft-spoken manner and the calming background music belied the court’s frenzied workload as she waited for an interpreter to come on the phone line.

In response to new directives from Washington, Castro and a fellow immigration judge in Bloomington are gearing up to focus on the cases of detained immigrants — likely lengthening wait times for others petitioning the court. There already is a backlog of more than 5,100 cases covering Minnesota, the Dakotas and western Wisconsin.

“I will have more people calling me who need help to get out of jail,” said Twin Cities immigration attorney Graham Ojala-Barbour. Once clients are released on bail, he predicts, “they will have a pending case for years.”

Supporters of the administration’s harder line on enforcement say record immigration court backlogs indeed pose a hurdle. But they note that the administration plans to bypass court hearings for more recent or repeat border crossers and for more immigrants with criminal convictions. Those plans have alarmed immigrant advocates.

Chronic court backlogs worsened in the early years of the Obama administration, when it deported a record number of immigrants before removals dropped off sharply. More recently, the Obama administration decided to prioritize the cases of unaccompanied minors from Central America and families with children whose arrivals at the border surged rapidly amid unrest and gang violence in their home countries.

As a result, thousands of other cases, such as those of other asylum seekers, got pushed back, in some cases landing a “parking date” in late 2019. Nationally, the backlog exceeded 542,000 cases for the first time last year, according to data from Syracuse University.

In a late January memo, the nation’s chief immigration judge announced those Central American cases will no longer take precedence, except for children who are not released to relatives or other sponsors here in the United States and remain in the government’s custody. Cases of immigrants in detention will remain the top priority. Kathryn Mattingly, a spokeswoman for the Executive Office of Immigration Review (EOIR), which oversees immigration courts, said the shift reflects “the present state of the immigration system and EOIR’s efforts to adapt as the immigration landscape changes.”

Complicating matters for Minnesota’s immigration court, one of its three judges retired last spring, and his position remains vacant. Castro filled in for her colleague Kristin Olmanson during her time off last week, and visiting judges are slated to pitch in this week and next.

Court officials have alerted local attorneys that both judges will be assigned to handle detainee cases later this year for the court.

There are 301 immigration judges nationwide and funding available for 73 more. More than 50 candidates are in the hiring process, and the EOIR says it expects to place additional judges in Bloomington.

The Trump administration’s new guidelines for detention include immigrants suspected of any crime, even if they have not been charged or convicted, making clear that anyone in the country illegally is fair game to be picked up by immigration agents. The administration plans to hire 15,000 more immigration and border agents, even as officials have stressed there will be no mass roundups of immigrants.

“The question isn’t whether detentions are going to increase,” said Linus Chan, a University of Minnesota law professor who leads the campus Detainee Rights Clinic. “The question is, how much, and when.”

The clinic, which assists and tracks immigrants in detention, has reported a recent increase in detainees at some of the five county jails in the state that hold inmates for federal immigration authorities, including legal permanent residents who have run afoul of the law. But sheriff’s departments cite federal privacy protections in declining to release information about the number of immigration detainees they hold.

The detainees in front of Castro recently still largely reflected the Obama administration’s priorities, with each defendant having at least one prior criminal conviction.

Later in the morning, Castro heard the case of a man who said he could not afford an attorney. Castro explained that after more than a decade in the United States, the defendant could have argued that his deportation would cause a hardship for his wife and two children, who are U.S. citizens. But a marijuana possession charge barred that option for him.

She offered to give him some time to file an asylum application. The man shook his head. She said he could leave voluntarily, leaving open the option of filing immigration applications down the road. But he said he didn’t have the $743.70 to pay for his plane ticket.

“Then, I will have to order you deported to Mexico,” Castro said.

Dan Cadman of the Center for Immigration Studies, which supports limiting immigration, says the Trump administration is aware of the impending “collision between intent and reality” — and plans to tap a broader arsenal of tools to bypass it.

He said the Obama administration did not make enough use of the government’s ability to deport people convicted of certain felonies without a hearing, or to offer immigrants the option of leaving voluntarily instead of facing lengthy detentions. Those with final deportation orders and immigrants who have re-entered illegally after getting deported also do not get a hearing.

Last week, the Department of Homeland Security also announced plans to expand the use of expedited removals — from those detained within 100 miles of the border after less than two weeks in the country to immigrants anywhere in the United States who have been here two years or less.

“That way, cases can be dealt with promptly and won’t glut the backlog that already exists,” Cadman said.

Advocates such as Chan worry that people with legitimate asylum and other claims might be swept up and denied a day in court, including those who have been in the country longer than two years but cannot readily prove that.

The local immigration bar is gearing up for court dockets dominated by detainee cases. Attorneys such as Steve Thal say they are already seeing other cases scheduled for this spring pushed back to the summer of 2018 or later, including the asylum application of an Ethiopian woman Thal has handled since after her arrival in 2012. Such clients will remain in limbo, Thal says, unable to travel outside the country or to bring family members to the United States.

Castro recently heard the case of a man from Eastern Europe facing deportation. The man asked for a moment to visit with his wife and young daughter, who had traveled from North Dakota. Although Castro said that was fine by her, a court security officer said immigration authorities no longer allowed that.

“It’s all about the efficiency these days,” she said.