A former Bethlehem police officer will have a chance to clear his criminal record of charges he masturbated in his personal car in view of four women while he was off duty. Glenn Woolard joined the Bethlehem Police Department in 2013. (File photo courtesy... 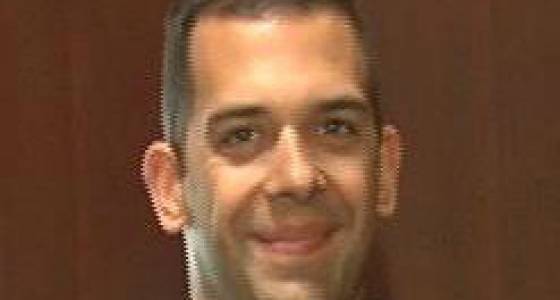 A former Bethlehem police officer will have a chance to clear his criminal record of charges he masturbated in his personal car in view of four women while he was off duty.

ARD is a program for nonviolent, first-time offenders that allows defendants to expunge their convictions if they meet certain criteria. Woolard will be on probation for one year as part of the program.

Woolard, who is married and lives in the 6600 block of Mine Drive, has been free on his own recognizance while awaiting trial in Lehigh County.

At the time of the crimes, Woolard was a patrolman who worked the night shift for the Bethlehem Police Department. He started working for the department in February 2013.

Woolard was suspended from the force in light of the investigation, and on Monday prosecutors revealed he was eventually fired.

Defense attorney Gary Asteak said the public acts were the result of a mental health breakdown, related to Woolard's three tours he served in Afghanistan as part of the U.S. Army 1st Battalion/75th Ranger Regiment.

"Something snapped," Asteak said of the incidents at three locations involving four different women. "He's a hero who suffered a flaw and is ready to make amends."

Matt Falk, chief of prosecutions in the district attorney's office, said it appeared Woolard wanted to get caught. Judge James Anthony likened it to a "plea for help" and noted Woolard did not target any of the women.

Falk said he discussed the deal with Woolard's victims.

"They were understandably upset by what happened...they would prefer this disposition instead of coming to court and testifying," Falk said.

When troopers went to speak to Woolard at his home, he admitted to the two acts, as well as a Sept. 21 incident at the Weis Market in Fogelsville and a second incident in the same Target parking lot. Falk said those incidents were initially reported to police, but there was little information to identify the suspect at the time.

Woolard was arrested and charged on Oct. 7.

Woolard was one of two Bethlehem police officers honored last May with an Award of Merit, for helping tenants in a city apartment building fire.

In addition to his military service, Woolard was drafted in the 10th round of the Major League Baseball entry draft.